Applications for Copenhagen Pride Parade 2022 are closed per 10 July

Copenhagen Pride will continuously choose this year’s parade participants based on the information provided in the application form below.

On the following dates we will go through the received applications. Shortly thereafter (within a week) we will let you know if your application has been approved or not – or if you have been put on waiting list.

We wish a versatile parade with a broad representation of all kinds of groups. Therefore, we have tried to create a number of categories, which will be evaluated differently. We wish to openly signal that organizations with direct links to the LGBTQIA+ community will be less likely to be “measured and weighed” than those without relation to the community. Furthermore, other practical factors, like the maximum possible number of vehicles, will also be considered when evaluating the applications.

The purpose of the parade

As a participant in the Copenhagen Pride, you support the basic principles for freedom and human rights, as well as a celebration of diversity.

By diversity, we mean that participation in the parade reflects the general diversity of our community, that is, variations in age, ethnicity, gender identity, gender expression, religion, body, and educational background of the participants. It is a goal in itself that the space we create does not just cater to individual population groups.

The parade is about freedom, rights, and acceptance. About understanding that we are not all alike or thinking alike, and about respecting the individual’s right to their own body, identity, expression and sexuality. It is a goal to create an inclusive space.

By inclusion we mean an active and ongoing effort to achieve a space that invites diversity by working to ensure that our events, languages and expressed values are representative of a broad spectrum of the rainbow environment. At the same time, inclusion involves counteracting abusive behavior to create an environment where participants can feel safe.

As a participant, we expect that

As can be seen from the purpose, we expect you as a participant to have an LGBTQIA+ message that you want to convey.

As a company, you are a part of celebrating diversity and helping to set goals for LGBTQIA+ rights. You must have an idea and something you would like to include in that debate.

Actively participate in the work for acceptance and rights of LGBTQIA+ people, and may formulate this, or wish to formulate it.

In addition to the political message, there is also an entertaining element to the parade. Therefore, there must also be something for the audience to look at. It can be colors, entertainment, and other festive elements.

The rules for participation in Copenhagen Pride Parade can be downloaded from here.

The parade is put together so that the messages and entertainment are distributed to the parade. We therefore distribute the approved applications, where the front will mainly consist of LGBTQIA+ people, LGBTQIA+ organizations, human rights organizations and the like. 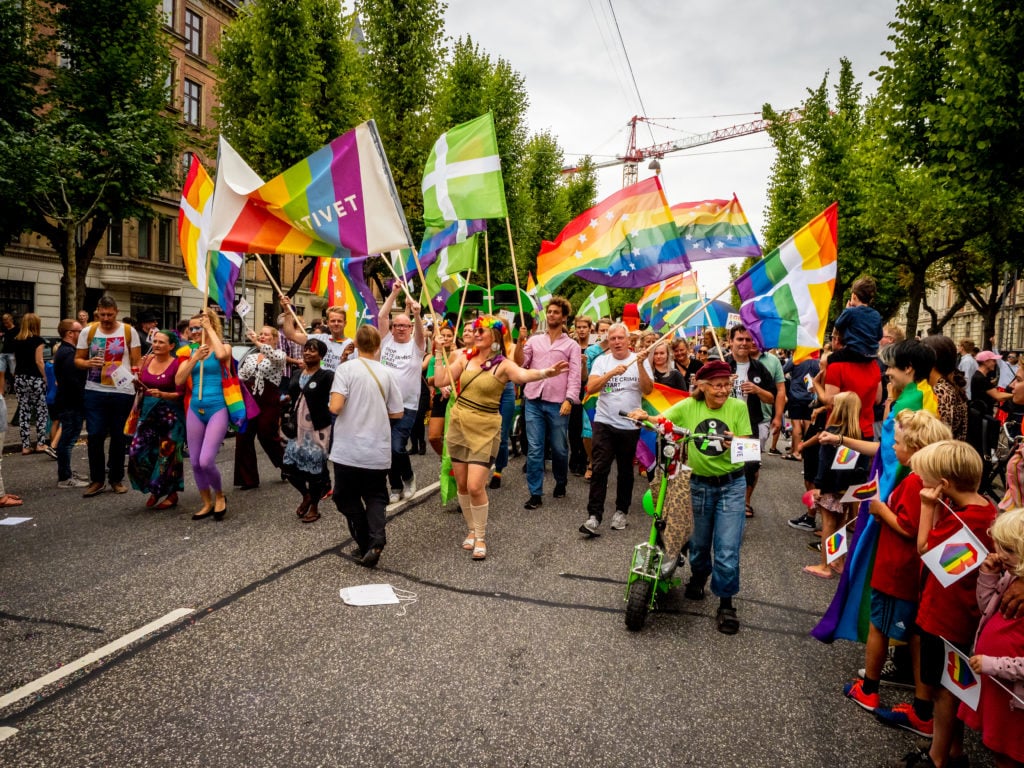