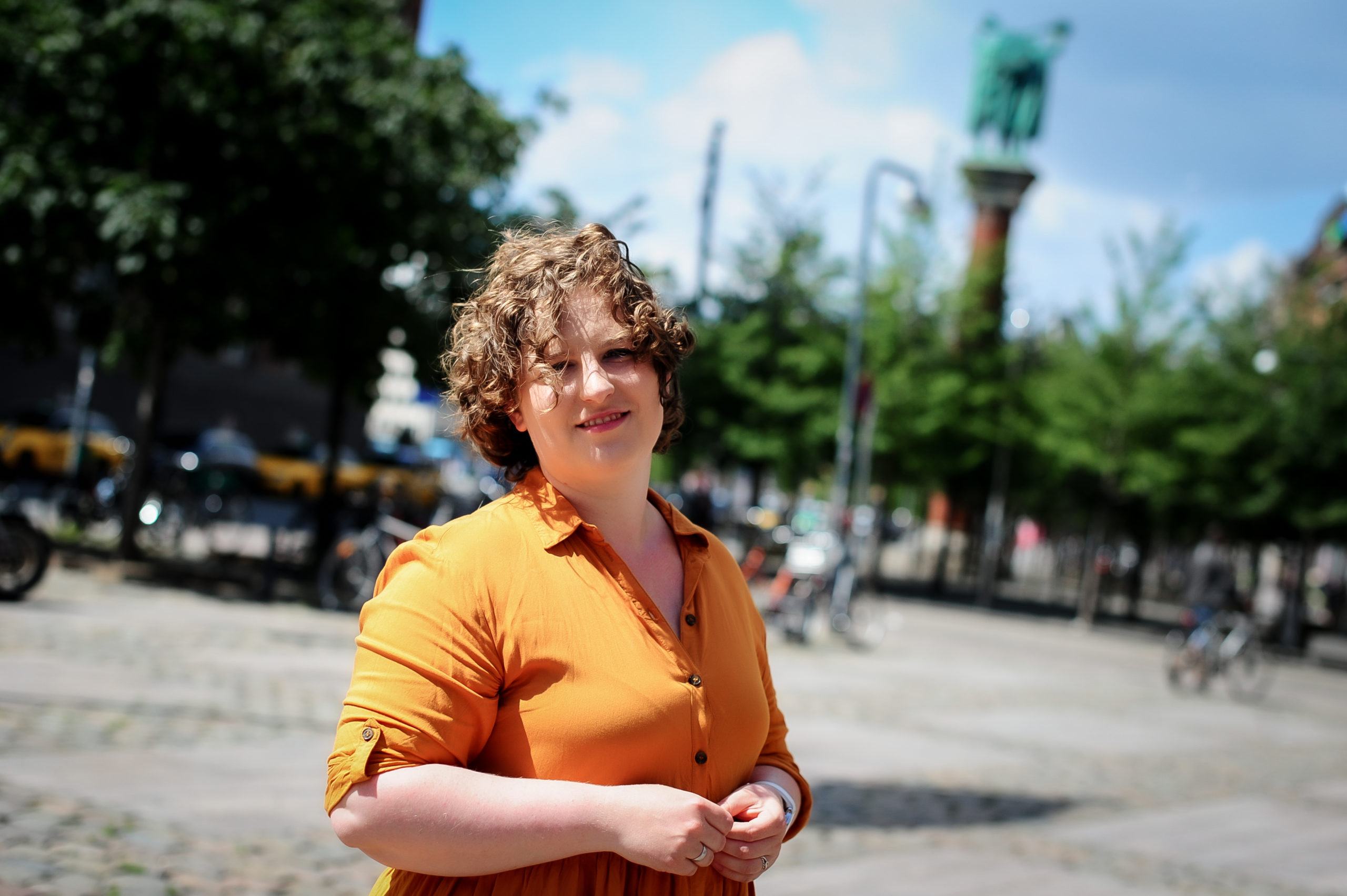 The cracked façade of the Danish health care system

When author Karen Stenlev met the Danish Health Care System in the context of undergoing fertility treatment with her wife, she was not prepared to face a wall – all due to her own mental illness.

“Be fruitful and multiply, increase greatly on the earth and multiply in it.” The Biblical sentiment is one of the long-lasting testimonies: Establishing your own family as an adult is a golden guideline handed out universally across various countries, religions, and races.

In an LGBTI+ context, this has proved to be a field where surrogacy and fertility treatment has helped create rainbow families through the years; Nina Stork made the lesbian community smile from ear to ear in Denmark back during the 1990s, when she opened one of the first private fertility clinics for the community, as well as women wishing to be single mothers.

But what if this wish of creating a mother-mother-baby constellation is complicated to a further extent – by having mental illness serve as an obstacle to achieving the goal of creating your own family?

Author Karen Stenlev draws from direct experiences when she speaks; distilling a long-drawn episode of her life into a literary debut, her book Imens jeg blev til noget andet, (As I Became Something Else), centres her personal meeting with the Danish Health Care system and psychologists. The book describes how wanting to undergo fertility treatment, together with her wife with her mental illness dragging along like a ball-and-chain, left her figuratively bruised and battered.

“The book is my way of transforming the pain we’ve been through – creating a new space where the struggles I’ve been through are given a voice and we can talk about them as well as create a dialogue about how mental illness is treated, also when you belong to the LGBTI+ community, rather than it having been all in vain.”

A question of identity

With a number of successive failed attempts at getting pregnant, Karen and her wife were denied fertility treatment from State Administration due to Karen’s given mental illness which was deemed a resounding enough factor to qualify her as a bad mother.

The couple could not wish for anything more than adding a child to the family mix. The announcement came as a devastating blow: It was a reinforcing comment to the way Karen has always felt: like she was not able to accomplish anything; biologically, mentally, educationally, and sexually, the points making up the score of how she felt thoroughly inadequate was only emphasised by the official representatives within the Danish system.

The question of identity has been a constant element, fluctuating between what society has told her as well as what she knew herself:

Feeling different was also a companion through the early years; growing up in a little town outside Aarhus, Karen felt out of sorts, even before she was diagnosed with schizotypy later in life. With unrequited crushes on other girls as a young teenager, falling outside the concept of ’normal’ felt more like a distinct loss and a failure on her part. As though she could not recreate what was effortlessly presented around her. It is a feeling she still cannot shake till this day:

“I’ve always had a supportive family in regards to my mental illness and sexuality, but I’ve met problems in society and in connection with other people: That I must be untrustworthy because of my illness and that people didn’t believe that I was a lesbian due to me wearing, for example, high heels and dresses. You never stop building your own story throughout your life; it’s all about which story I’m telling myself about myself”, Karen points out at the table we are seated at.

The Danish Health Care system like a cracked egg

Even though the idea of normality has been opposed from queer activists and norm critical voices within the LGBTI+ community vocally, it has always been a stable marker Karen Stenlev has wanted to inhabit. As a safe haven. A way to counterprove the comments she has met and the feeling of never having to constantly explain her sexuality or her mental health:

“Perhaps in some ways, it’s still more taboo to be mentally ill than LGBTI+ in this day and age, at least in Denmark – whereas you can actively show your sexual orientation, nobody can tell from looking at me that I’m ill. It’s a fight we’ve only started now and that people who have been subjected to strict assessment and regulation from the Danish government need to raise their voices about. The fact that people who should be more conscious of how psychologists and doctors, people in positions of power, speak to patients, how they use hurtful words and limit people’s potential.”

Meeting preconceived ideas about how she must be and act has felt like a shackle through her life. Being mentally ill has meant that she was deemed not good enough to be a mother; being a lesbian meant that the married couple had to approach the Danish Health Care System in the first place in the context of fertility treatment.

The story is one defined by a drawn-out, exhausting battle against the Danish system and its compartmentalising approach to people, who lack the mental and physical resources to put up a fight. While Karen thought that they were simply going into fertility treatment, she was instead met with doubts as far as whether she was even able to fulfil the role of a mother. All because of notes, which their fertility doctor accessed from Karen’s psychologist.

The wish for a child hinged on whether a fertility doctor knew enough about mental illnesses and diagnoses, as well as how these manifest. That is why it is also important to talk about how it all comes down to human assessment and also depends on the doctor’s well-founded knowledge. It’s important to talk about stigmatizing mental illness, as no one told the couple what was going to happen. The State Administration never spoke to them or informed them about what was going to happen in their case. A humane treatment was left out of the equation and the couple was left to their own devices.

“We need to think up how we treat and talk to people – especially those who get mentally kicked, while already on the ground. My psychologist told me once: At least you don’t have cancer – for me, it was a useless comment, as I just ended up feeling even worse afterwards.”

The unfortunate premise is that you have to be very resourceful in order to explain that you are – in fact – unresourceful in regard to your job market position as a citizen in today’s modern world.

Light at the end of the tunnel

There is a silver lining to the story, though. Although Karen’s book ends on an ambiguous note as to whether a child is conceived or not, it is a happy one in real life, albeit not without juridical process that has been draining. Today, Karen and her wife have a five-month-old daughter. They succeeded in making their family dream come true. The sentencing was appealed, and the couple was able to overturn the State Administration’s ruling.

That is why it is important that we talk to each other about aspects, which might still be considered taboo: To highlight marginalised voices in the continued fight for rights and especially also in connection with intersectional identities within the LGBTI+ acronym. To give voice to those of us who do not have the resources to do it.