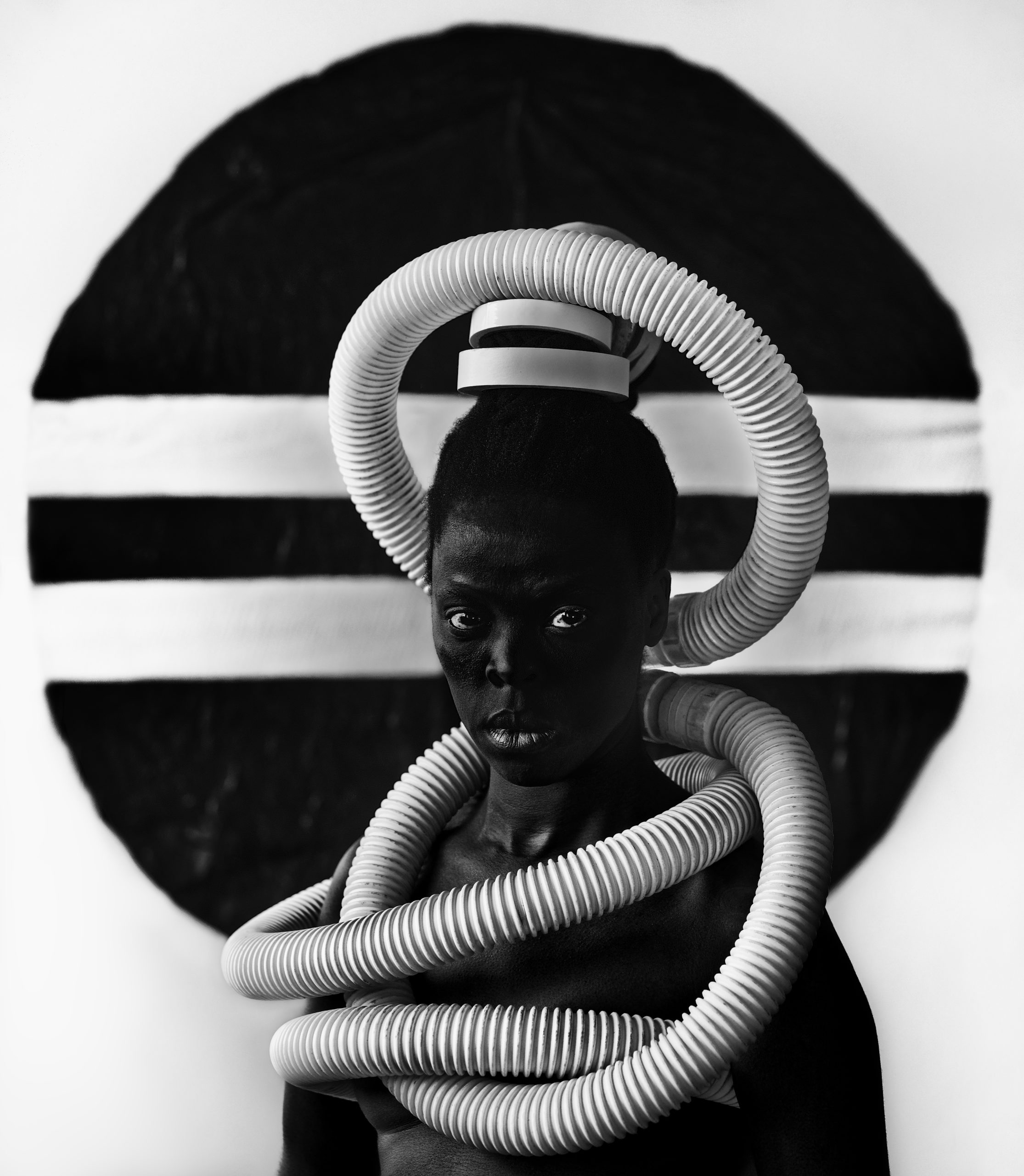 South African visual activist Zanele Muholi is one of the most acclaimed photographers working today, and their work has been exhibited all over the world. The exhibition at GL STRAND is their first solo exhibition in Denmark and presents Muholi’s career as a photographer and visual activist from the early 2000s until today. Through more than 100 pieces depicting LGBTI+ communities in South Africa, Muholi gives a voice to people who live vulnerable lives by expressing their identities. The ehxibition ZANELE MUHOLI can be experienced until 4 September.

Zanele Muholi (they/them) came to prominence in the early 2000s with photographs that tell the stories of Black lesbian, gay, bisexual, trans, queer and intersex lives in South Africa. Today, they are one of the most influential visual artists on the international scene and has been exhibited all over the world. In the GL STRAND exhibition, over 100 photographs are brought together to present the full breadth of Muholi’s career to date: from their very first body of work ‘Only Half the Picture’ (2002-2006), to their on-going series ‘Somnyama Ngonyama’ (2012-). These works challenge dominant ideologies and representations, presenting the participants in their photographs as fellow human beingsbravely existing in the face of prejudice, intolerance, and often violence. Muholi’s work addresses sexual politics, racial violence, communal resistance and self-assertion and is a gesture of visibility, empowerment and social activism – a complex visual narrative about LGBTI+ in South Africa.

In 2012, Muholi began their acclaimed series of dramatic self-portraits entitled Somnyama Ngonyama (‘Hail the Dark Lioness’ in English). Turning the camera on themself, the artists adopt different poses, characters and archetypes to address issues of race and representation. From scouring pads and latex gloves to rubber tyres and cable ties, everyday materials are transformed into politically loaded props and costumes. The resulting images explore themes of labour, racism, Eurocentrism and sexual politics, often commenting on events in South Africa’s history and Muholi’s experiences as a South African black queer person travelling abroad. By enhancing the contrast in the photographs, Muholi also emphasizes the darkness of their skin tone, reclaiming their blackness with pride and re-asserting its beauty.