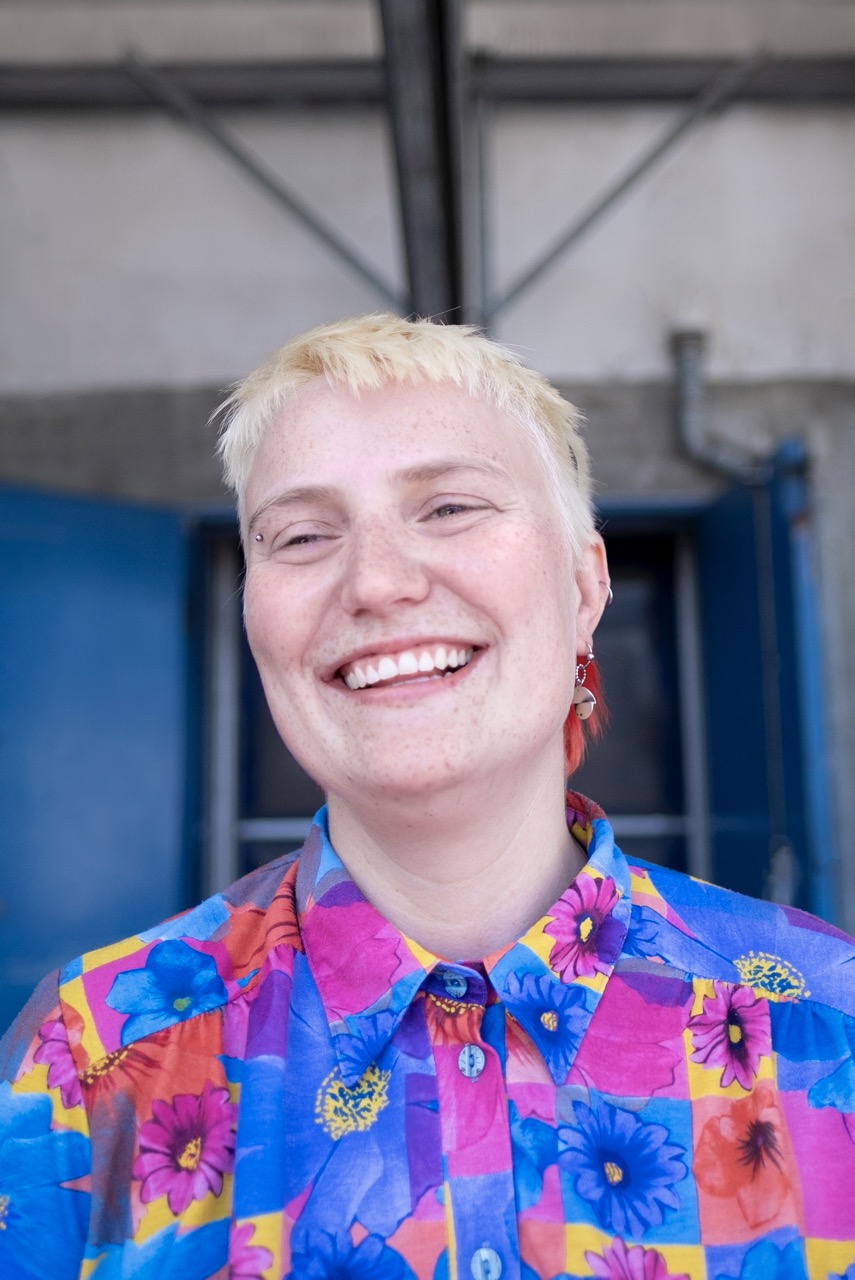 Break through the binary: A conversation with Milo Kinnock  

For most people, gender is a key aspect of how they understand their identity and sense of self. Recently, we have been seeing a lot of talk in the media about the understanding of gender, specifically related to the gender binary, meaning the understanding of gender as two distinct categories: man and woman, each connected to their own set of expectations and conventions. But what happens when we break down the walls of those boxes?

A non-binary understanding of gender allows you to think beyond the confinements of these two categories. The boxes are not discarded but instead we add to them by recognizing gender as a spectrum, where the nuances of how people experience and express their gender identity are a lot more diverse.

Milo Kinnock is 22 years old and masculine non-binary. Last year, he opened up about his gender identity in the TV program ‘Året der gik’ and since then, he has spoken to several media outlets about why it is important to him to talk about the confinements of the binary gender – and how we are looking toward a brighter future if we get better at recognizing the vast range of the human experience of gender.

With the theme of this edition being ‘Freedom’, I sat down with Milo for a chat about what we gain when we move past the established categories – not just when it comes to gender.

Is there a liberating aspect to being non-binary?

Yes! It’s a world of possibilities. When you start breaking the binary barriers, the world suddenly becomes so much more open. It’s not just about gender – it’s about so much more.

It’s essential for all communities to start thinking beyond the binary if we’re going to get anywhere. In the way we discuss racism, the fight for climate justice – you need to move past old habits and traditions in order to move on and reach a place where more people feel liberated.

What is your relationship with the LGBTI+ community?

Nearly all my friends are queer in one way or the other, we’re all pretty fluid. There’s a lot of things in the LGBT organizations and in Pride that are still lacking, even though they’re getting better. There’s a lot of racism in the LGBTI+ community, there’s transphobia, and there’s still some old traditions in place. That’s just something that we need to work on.

And how do we begin to dismantle those traditions?

I understand that not everyone comes with the same knowledge about these things but the important thing is to start asking questions. And try to accept that there are certain things where you just need to get out there and test the waters.

That’s what I did. I began asking questions and researching things myself. I think that in order to get people to want to learn, I think that it’s important that you show them why it matters. Not just to non-binary people but to the whole world.

And why is it that we have to get out of these boxes? What is it about the binary that restricts us?

There’s this term called pigeonholing. It means pushing people into these ideas and preconceptions about who you think they are or who they express themselves as. And I think that locks people into some habits and ways of being without giving them the freedom to think about what’s best for me, what’s best for the future – and what’s best for future me?

These binary genders… I think it’s hard to break them down but they need to be reconsidered. Is this what’s best for us, or should we try making it more fluid and phasing out the rigid framework? Is that rigid framework the same thing that’s kept us in a way of doing things that is not sustainable?

We’re not putting everyone on the spot and asking them to step out and be someone they’re not – but I think that the awareness about these boxes can provide some possibilities for feeling more free.

People get very nervous around new things. But non-binary ways of thinking were never anything new. The only way we’ve moved forward has been to acknowledge that certain barriers, systems, or structures don’t work, so we have to rethink them.

Where does the project of making the world less binary and more intersectional begin?

I think it starts by listening, learning, and accepting change. And that you try to reach out to people who might not be up to speed, who are held back by old traditions and ways of thinking. Try to talk to them about where these thoughts come from – tell them that this is just a new tradition. It’s another way of thinking, and there should be space for that.

There’s a lot on the agenda and there’s an awareness that things can’t continue being the way they have been. It’s coming along but I think we need to keep going. More awareness, more learning, more knowledge – I think that’s the best way of going about it.

You also have to accept and understand that there are people who are angry and who have been treated poorly for many years. You have to accept that anger and activism in the streets are also necessary to get people to listen. Change doesn’t come from just me speaking to another person who’s in the same bubble that I am. Sometimes, you need to make some noise, take it to the streets, and do what’s necessary to move things forward.

How can you help push this agenda forward?

I think a lot about how I can’t speak on behalf of others. I stand on the shoulders of other people and I think about using my position in a way that helps people. I have the chance to get out to a large audience and so that’s what I should do.

Of course I have to stay true to myself and not do anything I don’t want to but also recognize that I have this position and this opportunity. Again, I think it comes down to awareness. About knowing where you are in your life and what privilege you have, compared to others.

I can be free but I don’t think I can be really free until everyone else gets to move forward. Seeing someone else in your community be worse off than you should be a wake-up call to remind you that your freedom doesn’t entail everybody else’s freedom.

I also think people have a responsibility to put themselves in the position of others. LGBTI+ people can do a lot but we can’t carry the whole burden on our shoulders. People need to stay informed, especially if they come from a privileged standpoint.

We have just talked about how individual freedom is not always relevant to talk about but I’m going to ask this question anyway. When do you feel the most free?

Freedom is not a moment. I know that I feel the least free when gender plays a big role. It’s in the breaking of the binary that you really get to a special place. Somewhere where people feel more open.

I’ve learned that you shouldn’t be afraid of new things. I can’t wait for the day where I’m going to sit and think: “what, this is completely new to me!” The day where I’m approached with some really out there concept, a new way to think about the body or something else.

It’s free, it’s new, it’s nice. If you go to a new nightclub where you’ve never been before, it’s the coolest thing in the world and you want to explore everything. Or if you’ve just fallen in love and just have to know everything about this person, you can’t get enough. New things are good for us. Find the joy in them. Find the joy in the fact that difficult things can also be extremely nice.

Finding freedom in your gender identity and expression is an individual journey. Importantly, Milo and I agree, we should encourage a world where the process of understanding your gender is allowed to be both complex, messy, surprising, and ever-changing. Beyond that, we should also remember that exploring what gender feels like to you can be a truly joyous experience – as can the realization that the world contains more diversity and color than you were brought up to believe.