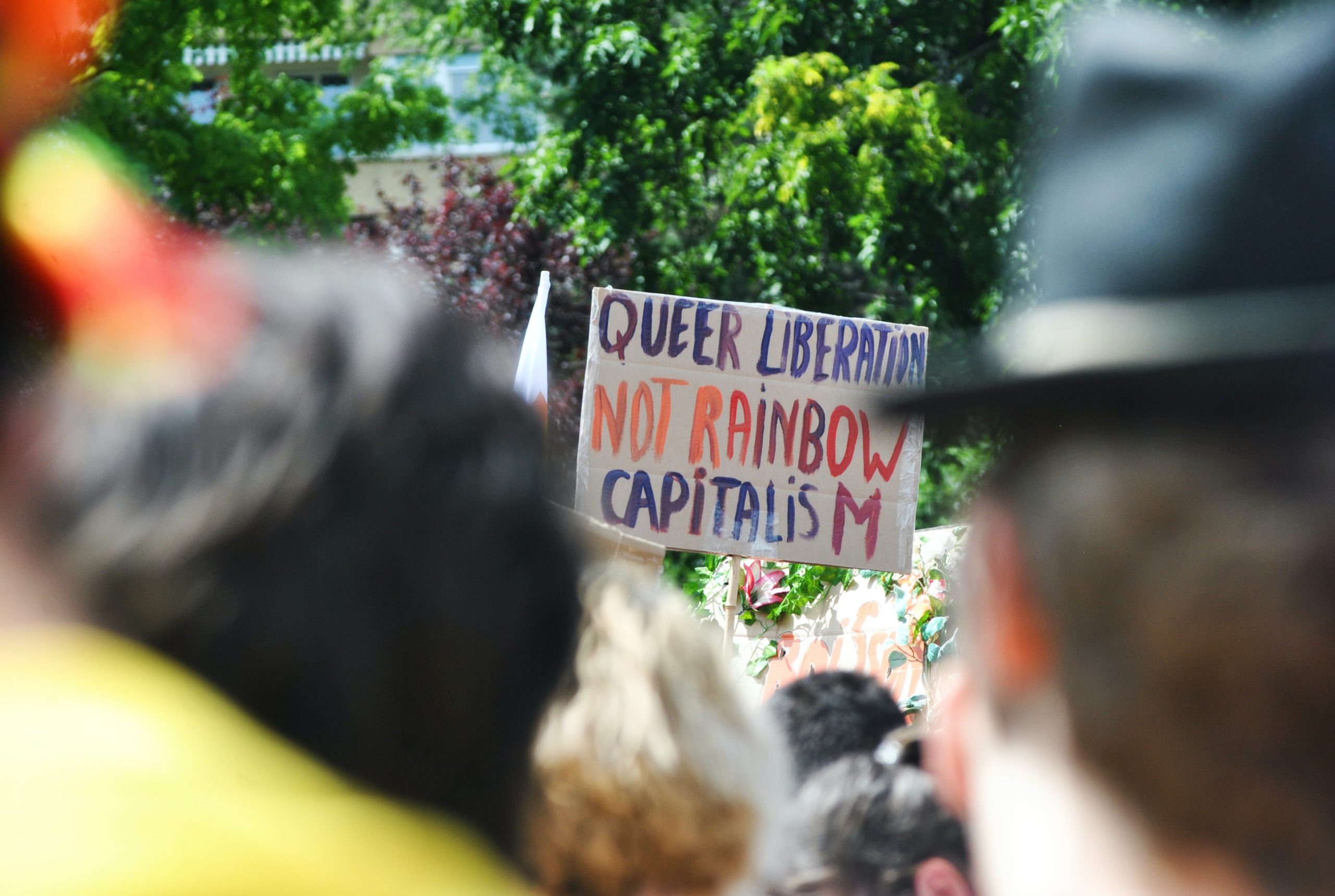 Queer Manifestos and the Radical Desire for Liberation

“I’m out and proud” – the statement is a well-known declaration today but seemed unfathomable to say in previous decades before the gay liberation movement pushed activism into the mainstream. Queer manifestos emerged in the form of zines and underlined the problems with heteronormative society.

When activist Carl Wittman published his “Gay Manifesto” in 1970, it contained the same ire and call for action that would 20 years later resonate in the anonymously published leaflet “Queers, Read This!” at New York Pride in 1990. The shared sentiment in both manifestos was the desire for liberation from restrictive norms – and the resulting anger with straight societal structures.

“We want to make ourselves clear: Our first job is to free ourselves; that means clearing our heads of the garbage that’s been poured into them. This article is an attempt at raising a number of issues, and presenting some ideas to replace the old ones.”

When gay activist Carl Wittman penned what would come to be known as The Gay Manifesto, it would turn out to be a radical trailblazer of a text. The manifesto – with the full title being Refugees from Amerika: A Gay Manifesto – was hailed as a guide to gay activism upon its release, and was used in the Gay Liberation Front to herald liberation from a heteronormative restrictive society.

Written before the famous Stonewall Riots of 1969 exploded in the streets, the manifesto saw the light of day the following year – with a clear message of gay liberation as the agenda, the writing was a distinctly influential outcry in an American context. Gone was hiding away in the closet and in its place, a demand to tear away from straight mentality, normative structures, and a wish to dismantle the given societal structures was put forward in not so unclear wordings:

“Where once there was frustration, alienation, and cynicism, there are new characters among us. We are full of love for each other and are showing it; we are full of anger at what has been done to us. And as we recall all the self-censorship and repression of so many years, a reservoir of tears pours out of our eyes. And we are euphoric, high with the initial flourish of a movement.” (Wittman)

Wittman’s former lover, David Emil Mungello, words it concisely: “‘The Gay Manifesto’ was a call to action directed not at those in power or society at large but gay people themselves, urging them to cast off their chains of mental enslavement, their shame for being queer.” (Mungello)

The Gay Manifesto was not only a full-frontal attack on straight society at its publication but also directed a thoughtful look at male chauvinism in the gay scene, how best to support women’s liberation, as well as the pitfalls of pretending to and attempting to fit into heterosexual standards as far as gender roles:

“We are children of straight society. We still think straight: That is part of our oppressions. […] We’ve lived in these institutions all our lives. Naturally, we mimic the roles. For too long we mimicked these roles to protect ourselves – a survival mechanism. Now we are becoming free enough to shed the roles which we’ve picked up from the institutions which have imprisoned us.” (Wittman)

Wittman declared it loudly, as well as proudly: Liberation for gay people would consist of defining themselves how, and with whom, they wished to live, instead of measuring relationships in comparison to straight ones, with straight values.

It was a radical break from cowering in the shadows of the metaphorical closet – Wittmann’s manifesto emphasized through and through the desire of gay people to’ free ourselves’ as the first bullet point of its ending note: Fully embracing homosexuality and bisexuality as vehicles of change in the face of stagnant heterosexuality as an established institution, the text bristled with a desire for dismantling the status quo.

The same anger, frustration, and proclamation of uniting in the fight against oppression translocated through time – making a reappearance in yet another well-known radical manifesto. Carl Wittman would unfortunately not live to see the activist mantle passed on four years later, which the manifesto set in motion: He died in 1986 from AIDS complications at home, surrounded by loved ones.

Down the timeline, a leaflet was handed out during New York Pride in 1990. Anonymously produced and written, the message in the typewritten text was undilutedly furious with heteronormative society, allowing for the AIDS crisis to run rampant and state-funded homophobia thriving. The emergent activist group Queer Nation delivered into the hands of rainbow-clad LGBTI+ people the seething manifesto with the title Queers Read This!

The demand for freedom in the form of being out of the closet was quickly mentioned on the first page:

“Being queer is not about a right to privacy; it is about the freedom to be public, to just be who we are. It means everyday fighting oppression; homophobia, racism, misogyny, the bigotry of religious hypocrites, and our own self-hatred.” (Queer Nation)

The text is a furious tearing-down of the stifling othering of queer people, allowing hate crimes to go without any comments. Like The Gay Manifesto, it likewise focuses on the crucial aspect of being out and confrontational, when normative actions lead to deaths:

“SHOUT IT! Be proud.  Do whatever you need to do to tear yourself away from your custo-mary state of acceptance.  Be free. Shout. In 1969, Queers fought back. In 1990, Queers say ok. Next year, will we be here?” (Queer Nation)

Queers Read This! was uncompromisingly direct in its message: The rage of being othered, mocked, beaten, and killed was not going to be accepted without a bloody fight – instigated from the self-produced text, printed and distributed through a low-cost model to get the word out into the world.

The two queer manifestos – although separated in time – have a clear message that still echoes down through the ages and vibrates apprehensively to this day: That the majority is always at an advantage to suppress minorities when it comes to living your life authentically.

With the manifestos’ joint focus on freedom and liberation as emancipatory projects, the texts put into words the accumulated negative feelings that being discriminated against leads to. With their confrontational tone, they simultaneously point at a normative society’s power to choke the life out of those not quite fitting in – but they also highlight the feasible calls to action that ensure the liberation of LGBTI+ people when working together, despite differences.