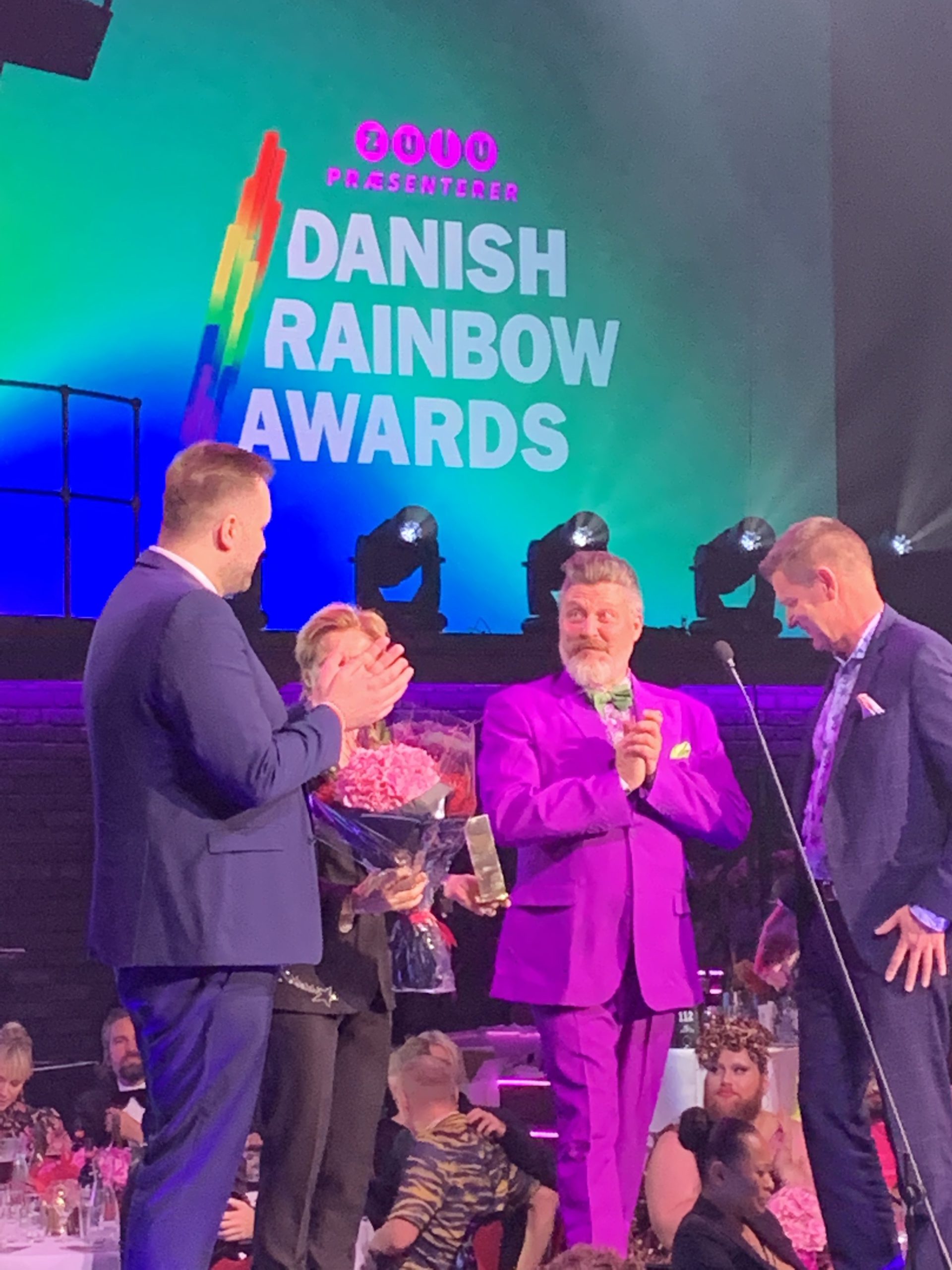 Copenhagen 2021 WorldPride and EuroGames has been recognised by the Danish Rainbow Awards with n honorary prize awarded by the judges.

In a sparkling ceremony at the iconic Cirkusbygningen in Copenhagen, more than 30 members of the Copenhagen 2021 team were present to learn that the judges had decided to recognise the event for the impact it had, not least in the shadow of the global pandemic.

WorldPride and EuroGames included more than 1,300 events across 11 days in August, in both Copenhagen and the neighbouring Swedish city of Malmö. Some 250,000 people are believed to have attended events, with international visitors from more than 70 countries.

When we began thinking about bringing EuroGames to Copenhagen we could never have imagined the complexities that would be brought about because of the pandemic. What our team delivered – especially the 22 sports tournaments – was truly incredible, and it is heartening that this effort has been recognised by the Danish Rainbow Awards. On behalf of Pan Idræt, thank you to all the judges!

Despite the challenges we succeeded in delivering a hugely diverse WorldPride with the biggest every cultural and human rights programs, and we have created a firm legacy for our global event that focused on equality, love, human rights and sport. We did this for Copenhagen, for Denmark, for Scandinavia and for the world, and we are so happy to be recognised by the Danish Rainbow Awards Thank you from the bottom of our hearts!

I know I can speak on behalf of all the staff and volunteers when I say that we are honoured and grateful to the Danish Rainbow Awards for recognising the importance of Copenhagen 2021 WorldPride and EuroGames, and the legacy that we leave behind. We wanted to create an event that truly shows why Copenhagen is so often named as a leading city for LGBTI+ people, and despite the challenges, we are proud of what we achieved together.

The Danish Rainbow Awards were broadcast live on TV2 Zulu.