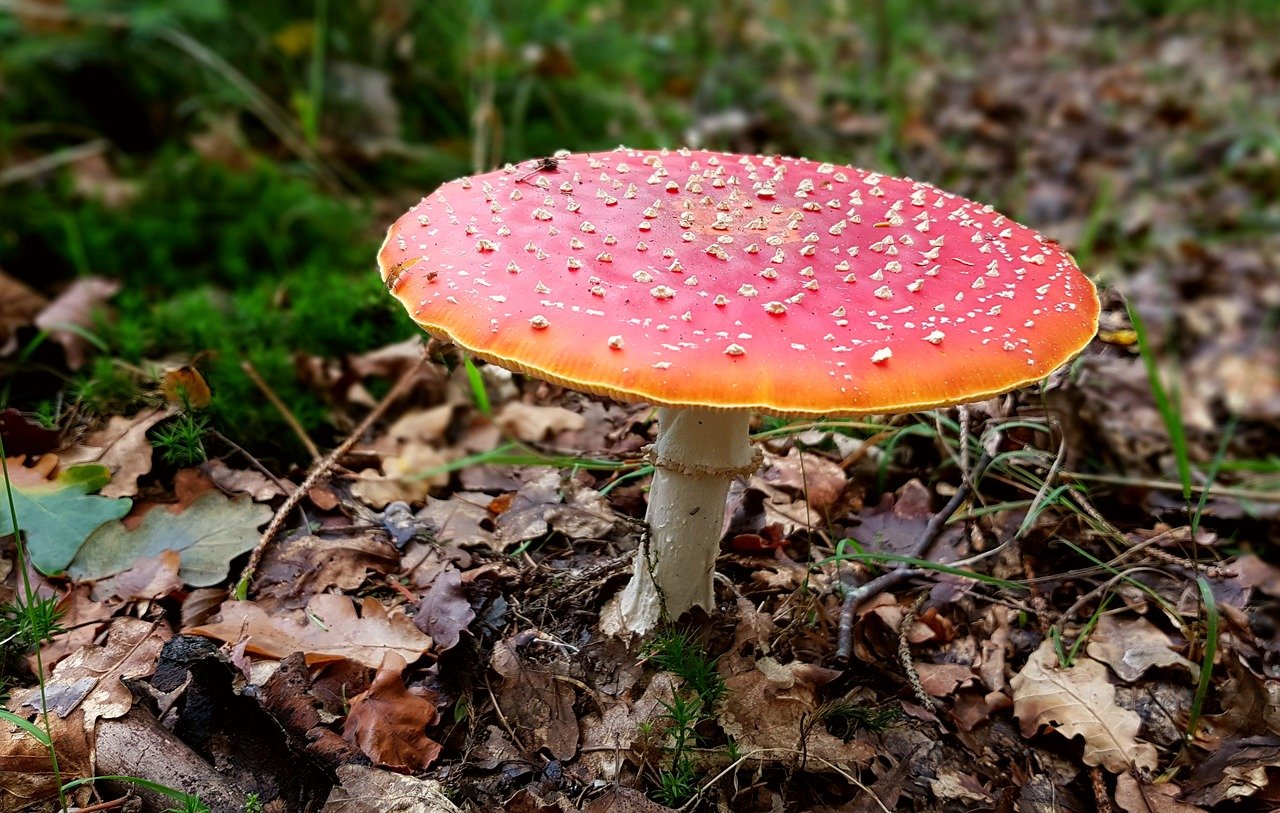 Being a woman is not easy. Being a queer, trans woman of color, who also is a migrant and seropositive, is extra hard.

In the following article, I would like briefly to share with you my personal story, from the first moment I recognized myself as female, to the first year when others recognized my gender expression as such. I would like to emphasize the fact that everything expressed here is entirely based on my life experiences and learnings, and by no means am I aiming to represent every transfeminine person. I can only speak for myself, and I can only share what I know and what I have lived, using the language that represents me the most, without engaging with highly academic discourse. I also would like to warn you about triggering content in this article, such as sexualized and physical violence. I recognize that for many others the experience might have been very different, but today I would like to take up some space and focus on me: Paulie “Amanita” Calderon-Cifuentes.

I was three years old the first time I was vocal about my female gender identity. Back then I didn’t know anything about queer theory or what being a trans person meant, and I had never questioned who I was either. I remember asking my mom: “Why don’t I look like the other girls? Why would you insist on cutting my hair and make me wear clothes that none of the other girls were wearing?”. Her response was simple: “Well dear, that is because you are not a girl…” And then all hell broke loose. My parents took me to as many psychologists and priests as they knew in order to fix whatever was broken. This was the first form of violence I was probably ever exposed to. Around the age of eight, I was sent to the hospital with broken ribs because my father felt the need to “educate” me. It was then when I realized that the big fat pink elephant in the room was femininity. You see, I convinced myself to be a cis gay man, and as long as I could keep this to myself, everything would be under control. Unfortunately (and fortunately), I have always been excessively stubborn, and I could simply not continue living with such a distasteful lie. Don’t get me wrong. I love my gays. But I was never one of them.

By the age of twenty, I was already crossdressing. I remember buying my first pair of Jimmy Choos in the Winter of 2009. No one will ever take away from me the gratification of walking on those stilettos for the first time. I felt like a freaking Amazon. The highest of heels, the sharpest of weapons. And I could walk in them like a Victoria’s Secret model. At that moment, however, I mostly suffered under homophobia and heteronormativity, not transphobia and cisnormativity.

Then 2011 happened. I was in Bremen, Germany, at the Max Planck Institute of Marine Microbiology where I had just been accepted to do a master’s degree. And while celebrating my twenty-second birthday, I was drugged and raped for the first time. The perpetrator was a cis white straight German man who fetishized transvestites, and who infected me with HIV. I already had a bachelor’s degree in Microbiology and knew that if I were ever infected with HIV, antiretroviral treatment would allow me to have a perfectly normal life and would even make me incapable to transmit the virus to others. Even with unprotected sex. I quit my master’s and moved back to Colombia. I set a goal for the next months to become undetectable so I would be untransmittable and never infect anyone else. Then I decided to use my career in biological sciences to fight HIV/AIDS, serophobia, and transphobia, and to stand up for those that did not have the class and education privileges that I had had access to.

Paulie and the City… of Copenhagen

I moved to Copenhagen seven and a half years ago and continued with my postgraduate education in Molecular Biology, which I finished in the summer of 2019. Here I built the strongest and most beautiful friendships of my life. It was thanks to Alex and Jens that I survived. Those two basically saved my life. At this point you are probably thinking: She is in Denmark now, she has a network, she is safe. I thought so too. But in the summer of 2016, at the early hours in the morning after leaving a party, I was raped for the second time. In the gate of my building. In the city center of Copenhagen. This time I was beaten up so badly that a nose reconstruction was necessary in order for me to breathe through both nostrils again. About a year later, inspired by those two attacks, I decided that crossdressing was not enough. So, I started the social transition, came out as a trans woman, and started taking hormones. What a thrill the first time my nipples felt sore! How exciting it was to see my hair growing and my skin turning softer and smoother. It was like slowly waking up from a long nightmare. And although people would point fingers at me in the streets, and coworkers started making extremely uncomfortable and offensive transphobic jokes, I was experiencing a form of happiness that I had never enjoyed before.

On one hand, I finally felt like myself. On the other hand, it took me a lot to overcome both assaults. And I wish I could say to you that I am 100% fine, but the truth is that to this date, I live with anxiety and depression. And revictimizing myself by telling this story over and over again doesn’t really help me either. HOWEVER, I will share my story as many times necessary, until people realize HOW HARD IT IS OUT THERE FOR TRANS WOMEN. And especially for trans women of color. With each minority box we check, people, and especially heterosexual cisgender men, dehumanize us. We matter less and we are more vulnerable, so people abuse us more. This is why the life expectancy of trans women of color in the Americas is 34 years old, according to the Interamerican Commission of Human Rights.

That is also the reason why, for my twenty-ninth birthday, I invited hundreds of people to a massive masquerade ball to celebrate my life and my re-birth. Everyone came wearing masks, and at 3:13 am exactly (time of my birth) I stopped the party and went up to the stage. “For 29 years I have been wearing a mask. Tonight, I invite everyone here to take off the mask with me. From this moment on, I will only respond to the name Paulie and to the pronouns she and her,” I said. It was magical.

Around the time I turned 30, things shifted massively for me. Gay guys became my number one fans, while straight guys started catcalling me instead of spitting on my face and yelling transphobic insults at me. My dating apps got flooded with sex requests, and I started getting a lot of free things as “presents”. I was also shut down and asked to be quiet or to shut up by men way more often. People started commenting on the way I dress, and considerably fewer career opportunities showed up at my door. In general, I feel like others make more assumptions about me now.

I also fell in love with a Danish man, and he fell in love with me. This was the first time I ever truly loved someone and the first time that someone ever truly loved me for who I really am. I will never forget that. Romantic love… that almost killed me. I realized then that the forms of violence had shifted. I was not only experiencing transphobia and cisnormativity anymore, but I was also experiencing sexism and misogyny.

I also felt for the first time in my life that I was real. That I wasn’t lying to myself. That I wasn’t wearing a mask to please anyone. That whatever price I had paid for the privilege of owning myself had been worth paying. Throughout my life, I have experienced a lot of FIRSTS, but experiencing my queer femininity to its full potential has been the most exhausting, rewarding, gratifying, and empowering experience ever.

This summer, I decided to start using the name Amanita, too. Amanita Muscaria has been my favorite mushroom since I was a child. It is well known among us microbiologists for being a symbiont of pine trees. It is also known for being highly neurotoxic, poisonous, and psychoactive, due to the production of Muscimol and Ibotenic Acid. It is also known in Celtic culture as the throne of fairies. The queen of the fairies always sits in it and grants wishes to those that find her in the forest. This symbiotic yet poisonous basidiomycete is magical, outrageous, and unapologetic. Just like me.

Being a trans woman of color has not been easy, for sure. But being Amanita has certainly been fabulous.