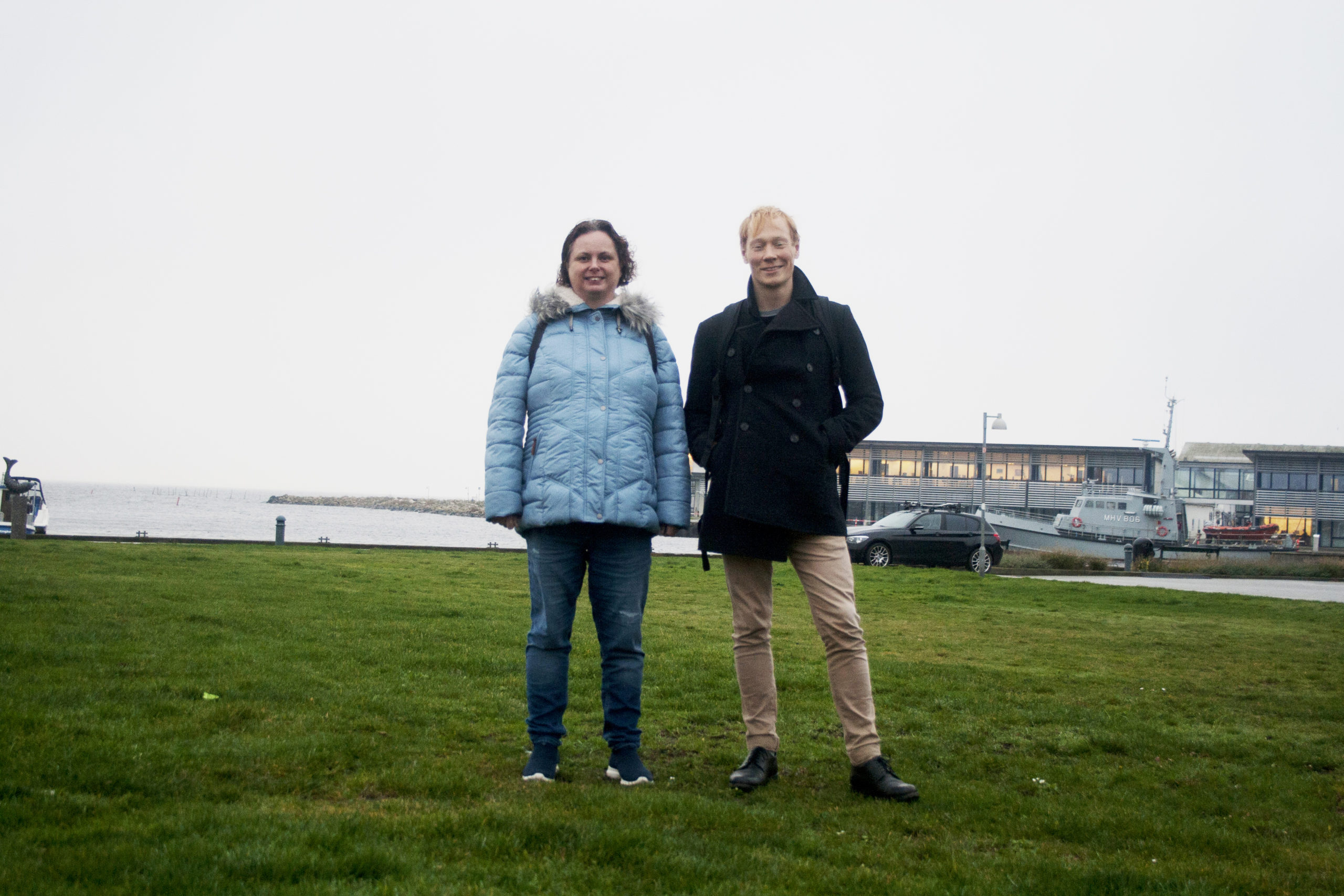 Seafoam and celebration of sexual diversity

In 2021 Ringkøbing-Skjern Municipality will carry out its first ever Pride. I spoke with the chairperson and board members about their reflections and hopes for what the newly named West Coast Pride will accomplish in the new year in regard to overall acceptance and LGBTI+ rights in Western Jutland.

Barren, brown-grey fields. Sheep nipping at the surviving strands of grass still to be found here and there. Round hay bales signifying the end of summer.

At the moment, there isn’t much that spells summerly Pride when you ride the bus in the direction of the Danish west coast in November. But new winds are being carried in from the salty North Sea: West Coast Pride is the name of the next Danish Pride to join its older siblings and it will take place in Ringkøbing with a colorful parade and a week full of cultural events.

Resting on the shoulders of a small, but committed group of passionate souls, with a founding meeting in October last year, it is a new initiative in every shape and form. But the crucial fundament was in a lot of ways instigated by a letter posted in the Ringkøbing local newspaper back in 2018: A young man wrote about his desire to move away from his hometown, feeling that he couldn’t be himself as a gay man.

“He’s an old friend of mine – and that really opened my eyes to the fact that, frankly, things ought to be improved in the context of acceptance and diversity,” Emil Sloth Sig, chairperson of West Coast Pride explains, as we sit down for a coffee at Restaurant Nordic in central Ringkøbing. The place is cozy and new guests are welcomed with a smile; in the street before we enter, I happen to overhear an animated talk between two jovial men crossing paths. The conversation is not rushed – being able to stop for a small chat with acquaintances makes out the spine of the local community.

Yet, at the same time as it is a blessing, it can also be a crux – everybody knows everybody here. The board members in West Coast Pride were themselves able to point out that LGBTI+ people experience unpleasantries specifically in this context during meetings.

Board member Mette Nørgaard adds that one leg which the new Pride rests on is to break down prejudices against minorities, as well as adapt the concept to the local area:

“It wouldn’t make sense to do a 1:1 copy of Copenhagen Pride. We’re different from each other – as we should be and have our own individual strengths. The parade is one aspect of the week’s happenings – it makes more sense to focus on the events, concerts, panel discussions and exhibitions, which will take place during August next year to share experiences and give insight into different LGBTQ themes. It shows that there’s a community and it’s something we can do together locally.”

The plans are already set in motion and the program for the Pride week is shaping up; inclusion is at the helm of the seaward celebration of sexual and gender diversity.

Supporting the local LGBTI+ community on the Danish West Coast

Western Jutland hasn’t been looked upon with the most forgiving eyes: narrow-minded and Bible-thumping, the image is one that doesn’t invite ideas of embracing sexuality and expressions of identity in its plural, flamboyant forms. But it’s a portrayal, which the people behind West Coast Pride wants to offer a counter-image to – one where no one has to be ashamed or feel wrong due to who they are.

While West Coast Pride hasn’t had its first Pride just yet, the wish to be able to offer support and direct focus to the LGBTI+ community is one of the implemented key factors:

“We also make sure to visit Ringkøbing High School every other week to show that we exist. Reaching out to schools, politicians, cultural stakeholders, football clubs and even churches have all proven only to be supportive in turn. Everybody is only showing good will towards the new forthcoming Pride.

Particularly, the involvement of a dean in Velling in our collaboration is very welcome regarding a religious input – being able to reach out to the more conservative Christians from Inner Mission, we want to get into dialogue with those who are the most opposed to our Pride’s goals. We do not agree on everything, but if we can change their perspective on diversity and the LGBTQ community, we have accomplished something great for all of us.”

Growing up and not having any representation or place to go to talk to like-minded people is a lived experience among a few of the board members, which the volunteer organization will try to prevent for any young or elderly individuals coming to terms with their sexual or gender identity from now on.

A milestone is also to include all of the West Coast in the Pride’s outreach – and not only the Ringkøbing-Skjern Municipality. Engaging youth from the Ringkøbing Vocational Education and Training School to create rainbow-colored benches to local politicians, it is across all walks of life that the involvement takes place.

West Coast Pride has figurative winds in its sails at the moment: The newest update being the organization’s logo, which features a rainbow-schemed anchor, echoing the themes of Faith, Love and Hope known from the traditional sailor’s tattoo. The logo plays on the sea-based location, as well as the openness that is connected with the depiction of a rainbow.

But trust is also one of the keywords to the entire initiative: That locals will support the new West Coast Pride once it “comes out” next year, that LGBTI+ people feel safe to show their true colors and that the vast majority of people will help to pave the way for a local community, be it small-knit or not, where everyone is free to be who they are. At least that’s West Coast Pride’s humble goal.

Interested in West Coast Pride? Check out their website at www.westcoastpride.dk and be sure to mark for calendars for 2-11 August 2021!