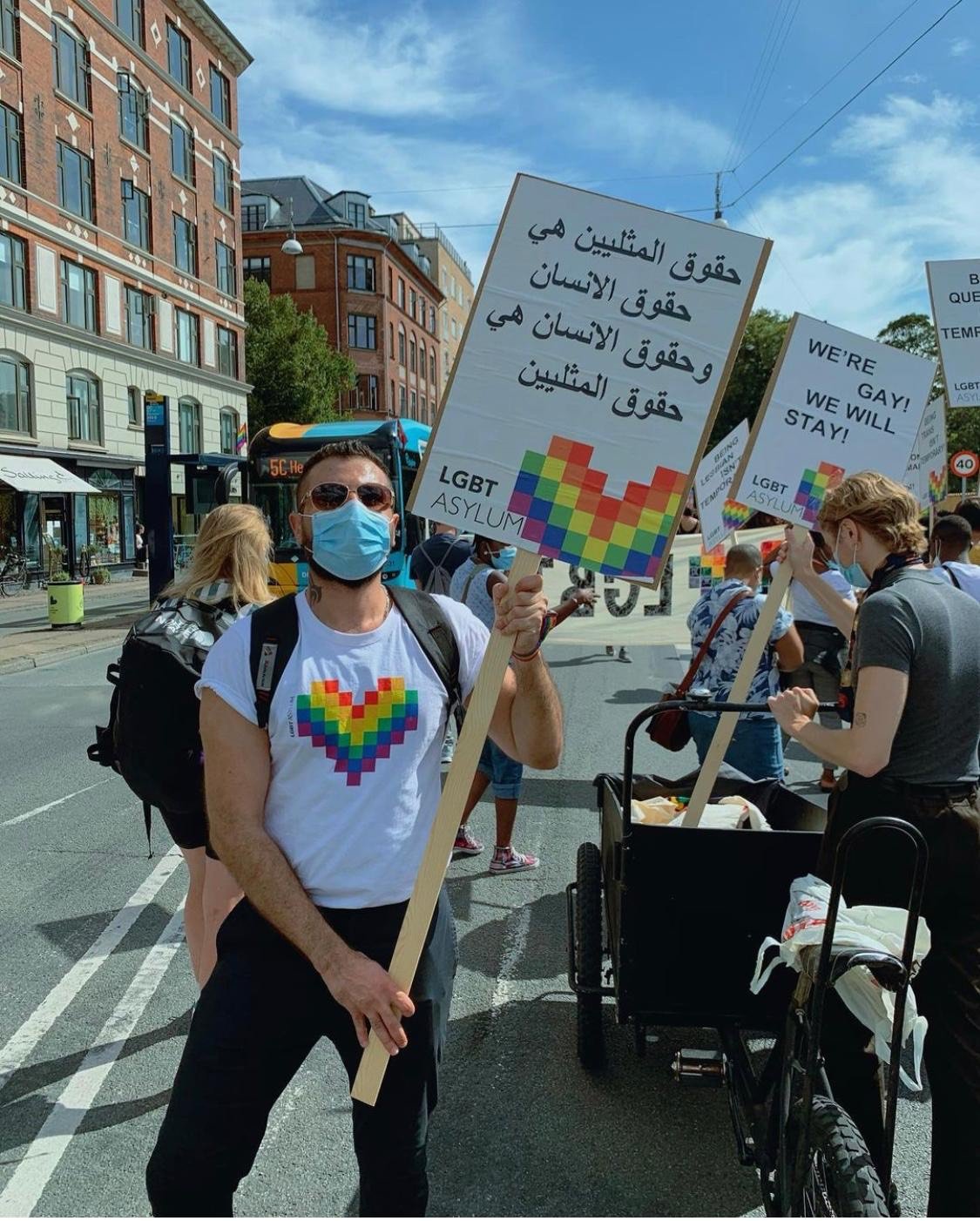 From Syria with love

Mohamad Sourity is a Syrian LGBTI+ refugee who has been living in Denmark since 2015 when he fled Assad’s dictatorial regime. He has a professional background in maritime logistics. He sat down for an interview with HeartCore to share some first experiences and perspectives.

Was Denmark your first-choice destination? If yes, please elaborate on why it was so.

After the war had broken out in Syria, there was a hope that it was a temporary situation and things would soon return to normal. Therefore, the thought of leaving was not so much there, initially anyway. As time went on though, it became obvious that living in Syria was not just dangerous, but that it was actually deadly. As a gay man whose sexuality could not be expressed due to the oppressive laws and culture of my country, I decided that if I was going to leave my country for another, then my destination had to be as LGBTI+ accommodating as possible. Denmark being the first country in the world to recognise same-sex unions was naturally on the top of my list.

What are some of your first-time experiences and acquired perspectives as an LGBTI+ person living in Denmark that you might not have otherwise experienced while living in Syria?

The most notable would have to be my first Pride Parade in Copenhagen 2016. I moved from Center Sønderborg to Frederiksberg Kommune in 2016. It was a delightful surprise to learn that the Pride Parade actually launched from Frederiksberg. It was the first time that I found myself in a group of that size where the vast majority identified as LGBTI+. It was an inexplicably wonderful feeling to see so many people supporting homosexuals. To be able to raise the rainbow flag without fear was overwhelming, as where I come from, homosexual tendencies are persecuted. On the other hand, I was also deeply shocked to learn that some Arabic members of the LGBTI+ community born here in Denmark are still in the closet. In Pride Parades they must wear masks out of fear of being identified by friends and family. The colourful attires, the parties, and the street dancing are some fond memories that always make me appreciate being here. It was amazing to see parents holding their children’s hands which they had brought along to support and spectate. It reassures me of a future with less stigma and more acceptance of the LGBTI+ community, as these youngsters grow up seeing that this is a normal aspect of life. I will say, as well, that making friends who are not of a similar culture to mine has not been easy. I get the sense that some, and not all Danes, are afraid of the Islamic culture, or might be afraid of a cultural delusion. In that way, they are distrustful. Somehow, this fear also translates itself as stigma, even in the gay community, when one has Arabic roots. In contrast, though, the open-minded ones make the best friends, and this I can attest to.

Could you highlight some differences in the culture, way of life, etc., between a Dane and a Syrian from both an LGBTI+ and a heterosexual perspective?

I was surprised at how early people become independent and live on their own here in Denmark. In my culture, you do not live alone until you are married off, with marriages usually being pre-arranged. In this way, you are, to a great extent, denied a sex life until you are mature enough to be married. In the same vein, Arabic families more often live together in larger family units – even the very old members of the family, unless it is impossible from a medical point of view. Denmark being a country that supports and propagates the rights of LGBTI+ people, means its LGBTI+ residents have access to social activities and networks such as bars that are specifically LGBTI+ friendly. In my country, an LGBTI+ person wouldn’t have access to PrEP or condoms because the thought is that sex should only be between a man and woman, or several, in the case of polygamist married heterosexuals. This, unfortunately, propagates the spread of infections among LGBTI+ people whose access to information and medical attention is limited.

In what ways do you participate or express yourself as a member of the LGBTI+ community?

I have participated in almost all the Copenhagen Pride Parades, except for when I was out of the country on work missions. I am a member and volunteer at LGBT Asylum and participate in several activities. I am also a volunteer with Copenhagen Pride where I help with the social media section. Personally, my proudest achievement to date would be that while working for Mærsk in 2017 I suggested to one of the captains, who is also a gay man, that Mærsk Line should find a way of participating in Copenhagen Pride. To my delight, Mærsk Line became one of the sponsors of the Pride Parade in 2018. I am lucky and grateful that I now live in a country where I am able to live openly as a gay Arabic man and experience that side of my life to the full. I am aware that there many people in the world who are denied that right.