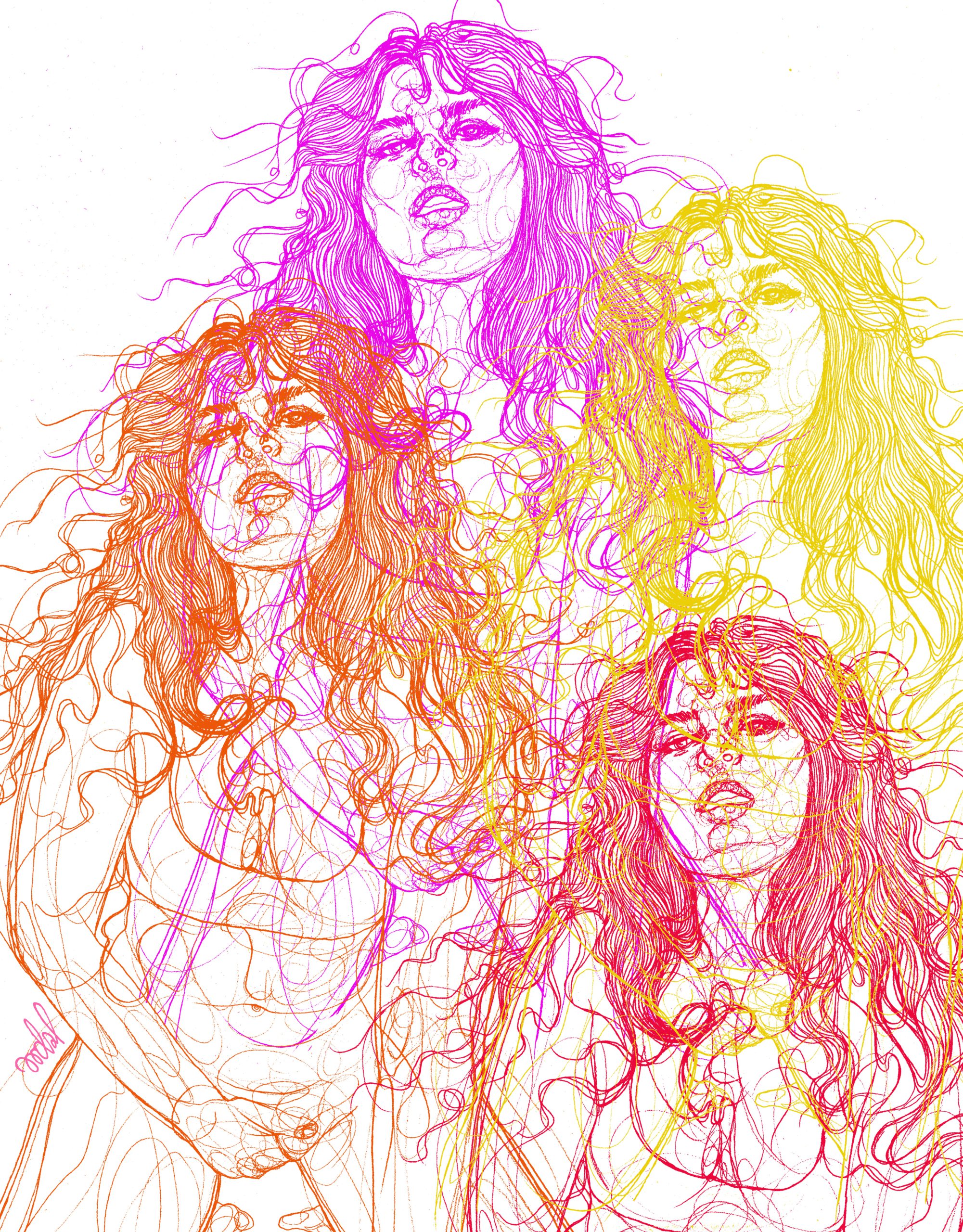 Pleasure Tales: Not an erotica

This article discusses male and female pleasure based on existing research that stems from a binary understanding of gender. Male and female in this context refer primarily to empirical categories, not static identity markers. I navigate the world as a cis woman, affecting my personal experiences and reflecting my language use.

Once upon a tinder date…

A few weeks ago, I met someone on tinder. One evening we were at his place and things started to get hot. Fast forward he’s touching my vulva and I’m thinking, ‘hmmm this feels nice, but I think it’d be nicer if his fingers moved up my vulva a bit’. I’m contemplating if I should say this to him or if I’d hurt his feelings. But through my university work on pleasure and sexuality, I’ve been preaching that there isn’t bad sex, only bad communication. So I say it: “Could you touch me a little bit higher?” and I was so proud of myself. Until he says: “Are you womansplaining me?”

He came twice that evening, and me? Take a guess.

I’m going to be honest, in the moment, it sucked, but looking back at it now, I realized I came across a perfect example of the phenomenon I’ve been studying so intently. The pleasure gap, the cultural privileging of male sexuality and our obsession with protecting the male ego.

The pleasure gap is the unequal distribution of pleasure, desire, orgasms and satisfaction, especially in heterosexual encounters. And who is on the losing end? Women.

A survey done on over 52,000 people by the University of Indiana found out that 65% of heterosexual women usually orgasm during sex, 66% of bisexual women, 86% of lesbian women, 89% of gay men and 95% of heterosexual men. Isn’t it interesting that the more a guy is involved with a woman, the less chances she’ll have orgasming. I wonder why that could be?

Well, here are some fun facts. In hetero sex, women are giving more oral sex than receiving it, there is a focus on penis in vagina intercourse and ignorance of the clitoris. I say this because the vagina does not have many nerve endings, otherwise childbirth would hurt too much (the vagina is the canal towards the uterus and the vulva is the entire outer part). Whereas the clitoris has over 8,000 nerve endings, which is more than double that a penis has! Based on nerve endings alone, you would think the guys would have trouble coming.

Why did he come (twice) and I didn’t?

Well, sadly, nerve endings alone cannot dismantle discriminatory societal structures. We are living in a patriarchal society and as much as we like to think of our sexuality as private and personal, it is not separated from the rest of the world. Sexuality mirrors power relations, gender discrimination and societal prejudices. These forces do not stop at the foot of our bedroom door. They are reproduced, possibly even amplified in our sexuality.

Many women, including myself, have been conditioned to believe that these imbalances we experience in the bedroom are biologically determined. In extension, believing that men have higher levels of desire, men have higher interest in sexual exploration and men have higher sexual activity. This created a sexual script that men are encouraged to act out their sexual desires and feel more entitled to it. Solidifying a narrative in research, and greater society that men fuck for pleasure and women do it for intimacy, appreciation, safety and procreational reasons.

This essentially leads to a desexualisation of female sexuality where the desire for a relationship is placed above the desire for pleasurable, sexual experiences – and frankly, the depressing belief for women “I don’t really need physical pleasure to be satisfied”. As the data shows, both genders in casual sex encounters agree that a woman’s pleasure is not perceived as a priority. Not only do men not prioritize us, we do not even prioritize ourselves. Thinking back to my Tinder story, I know all these facts, I’m advocating against it, yet I was still worried about wounding his feelings. Even after I managed to express my needs and he shot me down, I still invested my energy in giving him not one, but two orgasms.

Let’s recap: the desexualisation of female sexuality, the cultural privileging of male sexuality and our greater concern for the man’s ego lead to a decoupling between women and their entitlement to pleasure. Women are internalizing their problems, believing it to be private and personal, when realistically, it is occurring at a much bigger, societal level. So, taking these facts into account, maybe the low desire is not so much a woman’s problem, but rather a response to the sex she is having?

Cultural privileging of male sexuality and the desexualization of female sexuality has resulted in a narrative where society believes that women are not entitled to pleasure. We are living within discriminatory structures, and our bodies and the spaces we inhabit shape our identities and carry those structures with them, and internalize power, oppression, and marginalization. Injustice that does not differentiate between outside or inside the bedroom. Injustice that is not so easily acknowledged due to our social conditioning and internalization that pleasure is personal. Which is why pleasure is political.

How we can fight for pleasure

You do not have to march onto the streets to advocate for pleasure, it simply starts by you internalizing the belief “I deserve pleasure”. You can and should personally change your attitude and views, but updating the façade alone won’t improve the foundation. Our societal structure needs a complete makeover. Our sexual education needs to shift from risk-prevention towards a sex-positive stance that incorporates pleasure and all genders. An easy start? Start putting the clitoris in anatomy books, discussing the benefits of masturbation, or removing the binary of gender. Pop culture is also one of the biggest culprits of misinformation. If all I see from sex on screen is penetration, I’ll naturally assume that is all there is. Lastly, our accountability and communication must change, because when I say “could you touch me a little higher”, the response should be “how high?”

Annastassia did a liberal arts degree in Germany and her thesis centered around pleasure and how to empower individuals to find their path to sexual authenticity. As a continuation of the research, the Pleasure Report was born. The Pleasure Report seeks to counteract the pleasure gap by creating sex education workshops that focuses on one’s self, pleasure and sex-positivity through combining scientific research with self-reflection, embodied methods and holistic practices. If you’re interested to find out more, check them out on Instagram: @pleasurereport.