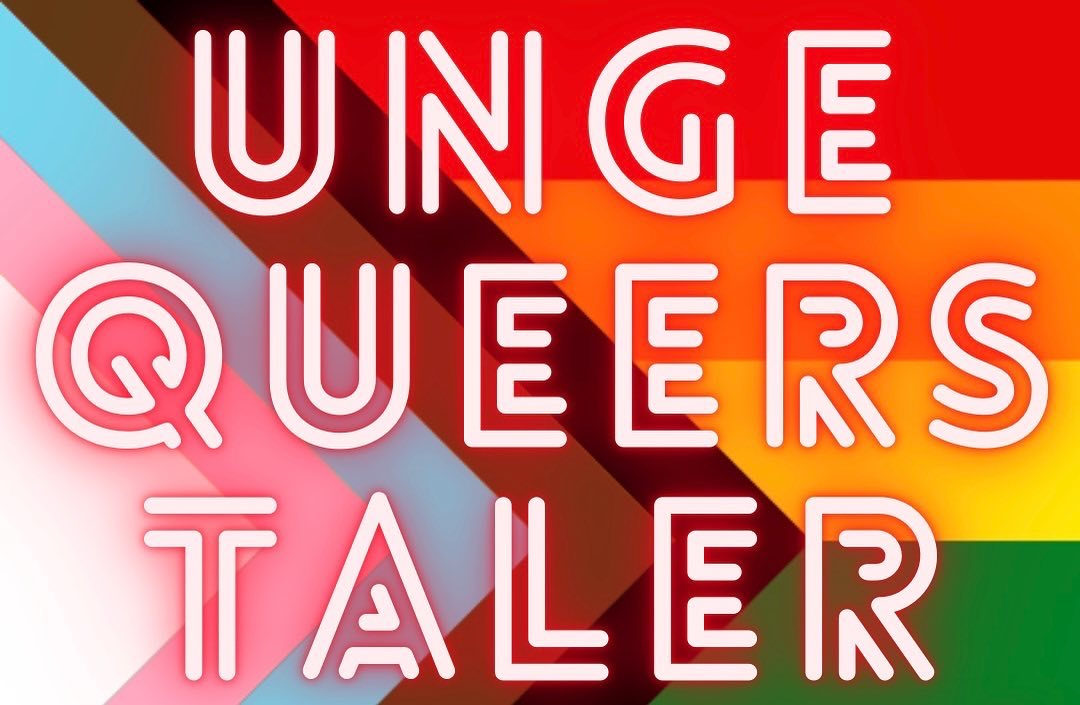 A new member of our rainbow community

The Danish rainbow community has a problem: “There are some people we don’t talk about. Queers who are poor or homeless, or those who face extra adversity due to their skin color or ethnicity, or those who are trans.” This is how Mica Oh (she/her) explains the motivation behind a new initiative. Mica has been part of its launch alongside a small group of young queer persons who belong to one or more of the previously mentioned groups. The initiative is named ‘Unge Queers Taler’ (Queer Youth Speaks) and it aims to make the rainbow community safer for societally disadvantaged queer people.

Imagine if you will: A young queer person goes to a rainbow bar but doesn’t feel safe, or a young trans non-binary person wants to engage with new people in an LGBTI+ setting but keeps getting misgendered. These scenarios should be scary fiction in a community that claims to be a ‘safe space’, but sadly they are real. According to a new initiative, “Unge Queers Taler” (Queer Youth Speaks), many young queers don’t feel safe or welcome in the rainbow community. The people behind the initiative say it is due to people being “intersectional”, meaning “belonging to more than one minority.”

What good is it that a place claims to be safe for LGBTI+ people if it allows racist people and you are a brown queer person? Or if the same place has guests who won’t use they/them pronouns, and you are a nonbinary person? Imagine not being allowed to exit a place without having to wait in line to enter again, but you are neuro-diverse and in need of a little quiet.
There are many ways a place can become unsafe for intersectional queers and people need to be made aware of this.

Another founding member, Nova Buch (they/it) explains: “No one can proclaim a space to be safe for everyone … a space can actually become even more unsafe for intersectional people when it proclaims to be a safe space, because it lets people relinquish the responsibility one usually has, i.e. ‘this is my safe space, so I can do what I want!’”

Unge Queers Taler therefore want us to start talking about ‘safer spaces’ instead. No place is automatically safe because a sign says so, but we can all actively make a space safer by being conscious of our privileges and listening to other people’s needs.

The new initiative has been very well received and they are moving quickly, so they have entered into a partnership with Jailhouse CPH which will allow them to grow even faster. The new initiative plans to become an official organization soon, so to help that process along, Copenhagen LGBTI+ bar Jailhouse CPH has offered a space for them to work, along with any guidance they are able to provide.

HeartCore magazine approached the general manager of Jailhouse CPH, Niels Lautrup Holm (he/him), to hear why this initiative is important to him.

“I set up a meeting with the group because I wanted to be educated. At Jailhouse CPH we have a ‘code of conduct’ because we want everyone to have a good time but it’s a continuous process. We keep listening.” Niels Holm explaines, adding, “as a gay white cis male, I am well aware that there are things I’ll probably never be able to fully understand, but I want to understand as much as I can.”

Next step is to create a strategy. The long term plan is to have more rainbow spaces adopt the approach of ‘safer spaces’ over ‘safe spaces’ and to educate the members of the rainbow community on what it means to create a safer space. This requires a strategy that will be created in conversation and cooperation with the entire queer community. Unge Queers Taler has had a lot of success with hosting community conversations where they’ve invited the queer community to voice their thoughts, and these community conversations will keep being organized to give the community a safer space. The next conversation will be happening on April 27th.