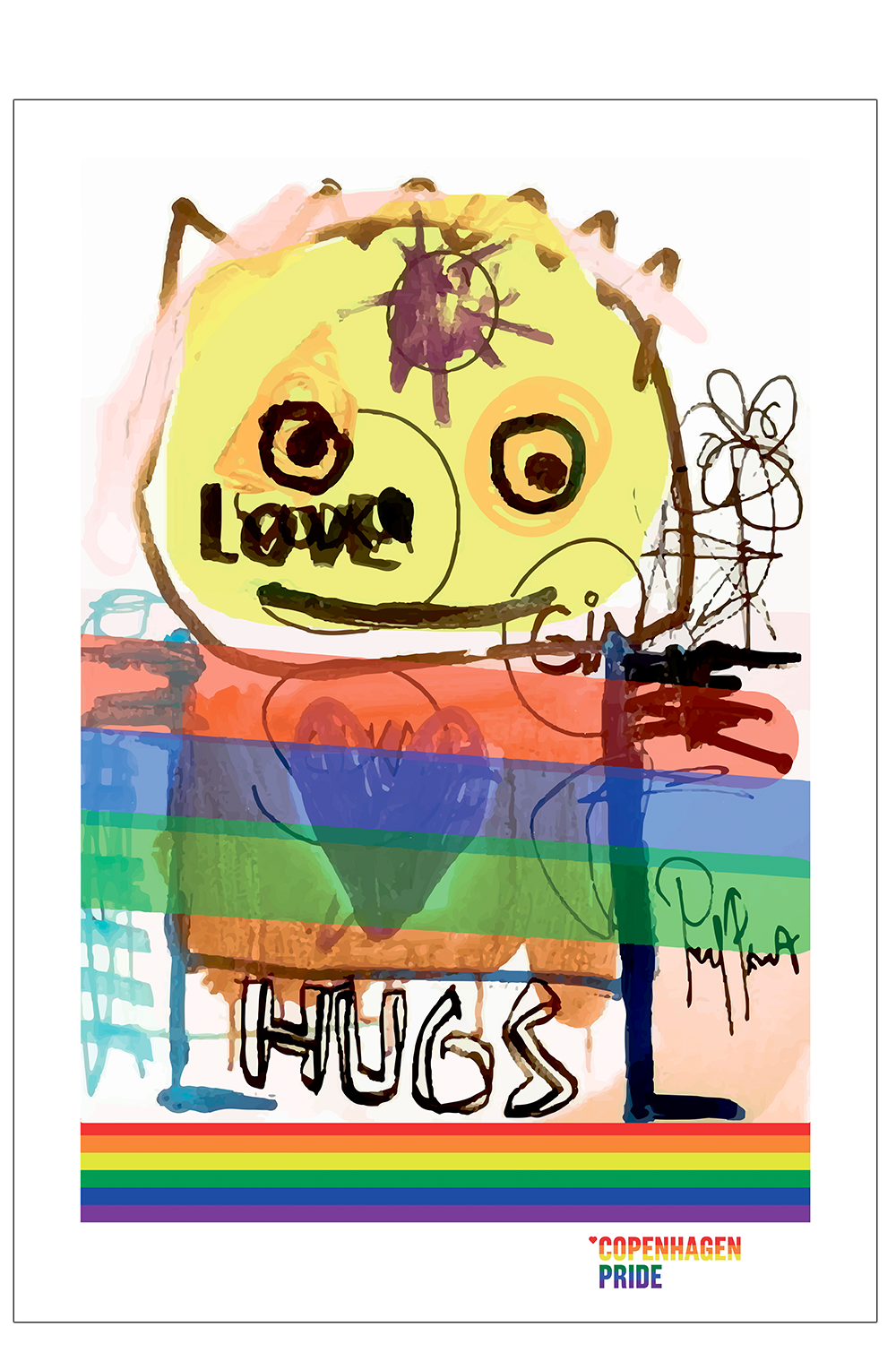 Poul Pava’s colourful figures are a common sight in many Danish homes, and now the artist is showing support for Copenhagen Pride with two beautiful anniversary posters.

The story of Poul Pava

The Danish artist Poul Pava (born in 1967) has been painting for over 30 years.  His motifs, with the characteristic figures, describe “the child in all of us” and are characterized by Poul’s naïve and spontaneous style.

His amazing universe of images and colors includes everything from larger paintings, canvas prints, posters, postcards, memory games, designs on porcelain, and much more. For the past 20 years, Poul has painted in his very own style from Bornholm, but he is originally from Ribe in Southwestern Jutland.

In addition to being a painter, Poul is a designer, jazz musician, and poet.  He has also collaborated with foundations and organizations and contributed to them with illustrations.

"I was born and raised in the town Poul has created his art from on Bornholm for many years, and I have been able to follow the many initiatives Paul has taken and all the huge number of things he has supported. That's why, for me, there's something very special about having his support for our cause." 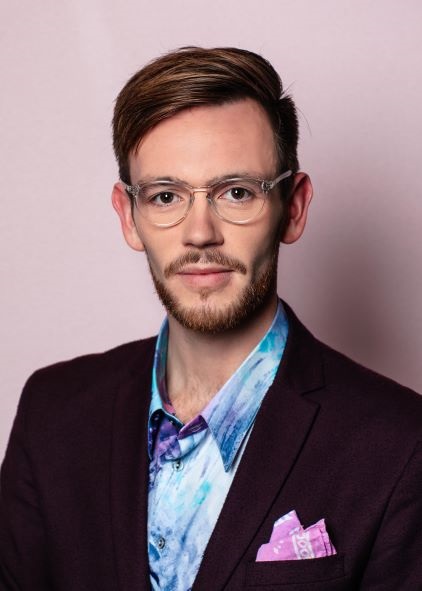 In 2022, it will be 30 years since Poul Pava printed his first posters. This is celebrated with two brand new posters, which are designed and painted especially for Copenhagen Pride.

“We are extremely pleased that Poul Pava has chosen to support us with his art,” says Benjamin Hansen, organizational chairperson for Copenhagen Pride. “I was born and raised in the town Poul has created his art from on Bornholm for many years, and I have been able to follow the many initiatives Paul has taken and all the huge number of things he has supported.  That’s why, for me, there’s something very special about having his support for our cause,” Benjamin concludes.

About the collaboration with Copenhagen Pride, Poul Pava writes: “THE COLORS BETWEEN BLACK AND WHITE ARE OFTEN THE MOST IMPORTANT.  PLEASE BE GOOD 2.”

The two posters both measure 50 x 70 cm. and you can get your here and here.

Poul lives on Bornholm, where he has a shop and gallery: Poul Pava Collection located at Snellemark 34 in Rønne. 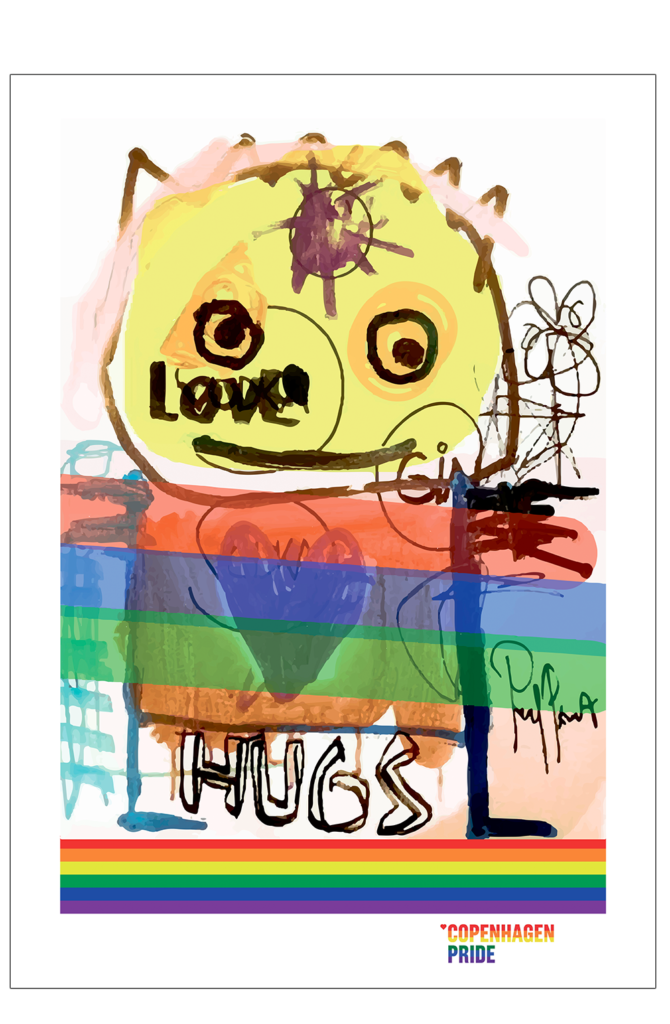 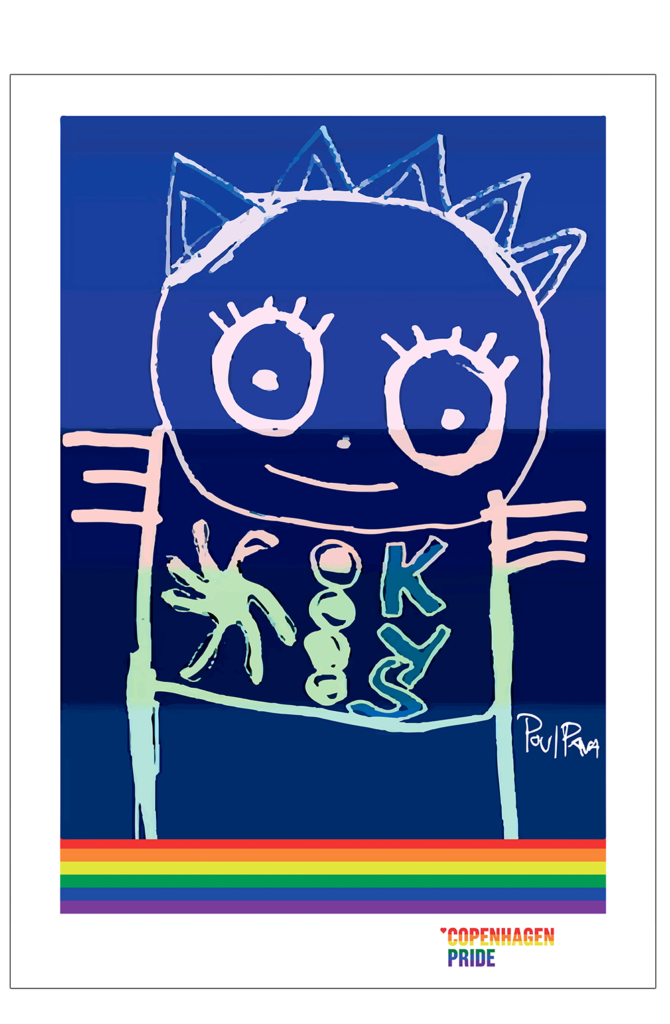