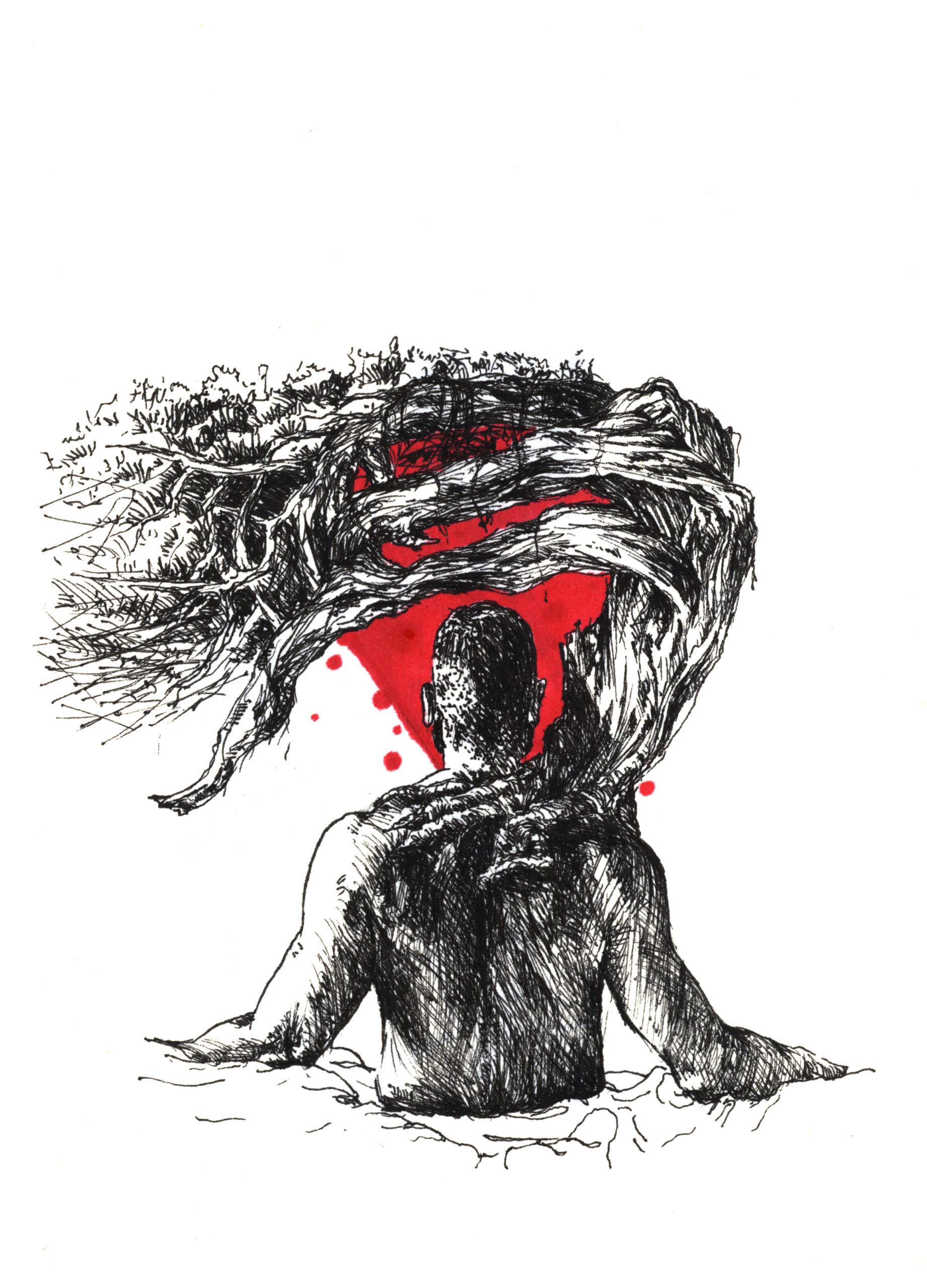 I have visited queer spaces in several European countries; I have talked to Dutchmen in Berlin, have conversed with tipsy strangers in the world’s oldest gay bar, and listened to queer sex workers’ frustrations with online platforms. We all agree, queer spaces have seen an unprecedented increase in cisgender-heterosexual (cis-het) people who historically have sought to distance themselves from these spaces. So, what has changed?

To answer this question, I try to look at the relationship between queer space and sustainability. Space here is divided into two categories: virtual and physical spaces. I will look at examples such as OnlyFans, Tumblr, and gay bars to elaborate the discussion. The queer community has played an important role in popularizing some online platforms, while later being limited by those very platforms. This mechanism may also be applied to physical queer spaces such as gay bars or clubs. Most of these places nowadays are full of cis-het people, which can be argued to be connected to the substantiality of queer spaces. One could say it may be a sign of social awareness regarding queer people, and another might say it is a dissolution of exclusivity in the queer places.

Before diving too far into the topic, let’s clarify two terms: Queer Space and Taboo. There is an interaction between bodies and spaces. Space, it can be argued, is the result of social interactions, and, in return, space can be defined by people’s interactions. In other words, we create spaces through our interactions, while space can also define our interactions. So, when we are talking about queer space, we are talking about queer people and their behavior. Christopher Reed explains that there are no solid or unsolid queer spaces. Reed considers them to be ’imminent’, which means that they are ready to take place. Reed elaborates: “fundamentally, queer space is space in the process of, literally, taking place, of claiming territory.”

This definition could be associated with the notion of taboo. Mary Douglas, in the seminal work “Purity and Danger”, explains that taboo is a cultural construct and it comes down to the concept of being out of place. Douglas argues that something or someone being taboo comes down to belonging to another place. Thus, queer space might be considered as a place that taboos or non-heteronormative behavior find a chance to be visible. It is a collective creation of queer people that constantly want to take place. Queer space can be considered a series of interactions, that are considered taboo in certain spaces in society, that are consequently and inherently out of place, while constantly claiming territory to take place. Queer space is always in the process of creation since it is always under threat of dissolution in the heteronormative context. These places constantly evolve to keep themselves alive. 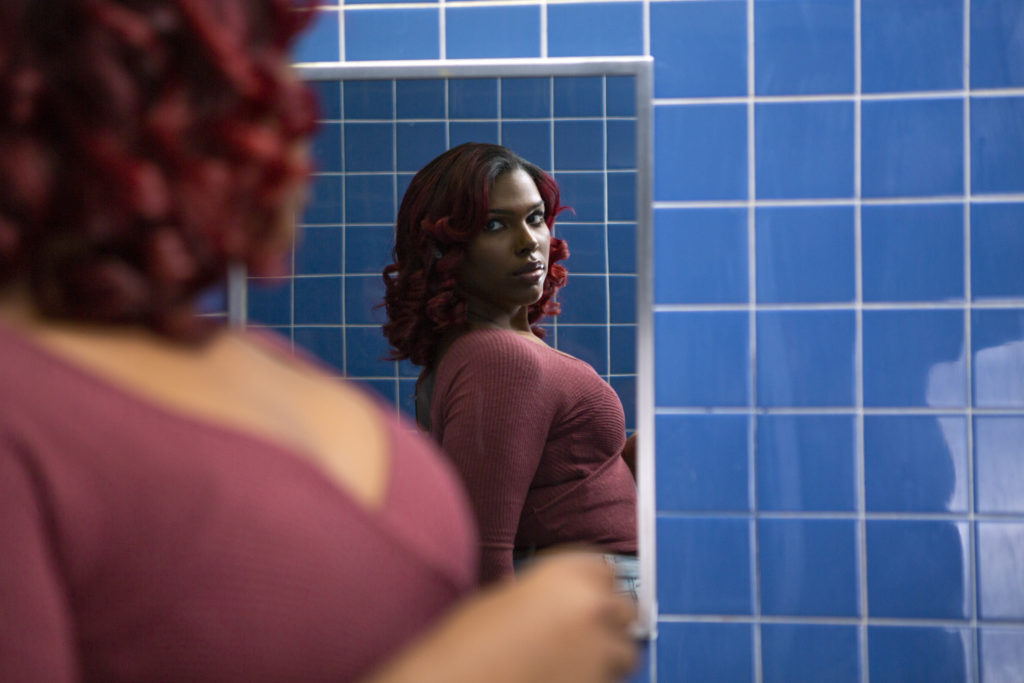 Queer space is always in the process of creation since it is always under threat of dissolution in the heteronormative context.

Over the last decade, the use of social networks and online platforms has become more and more normalized. Through using these platforms, the queer community has found a chance to be more visible. And in some countries, these platforms are still the only channels that allow people to be themselves in society. Through video, images, and different content, queer people express themselves in digital spaces.

This queer content makes the virtual space queer, which later was considered as a threat for some social platforms, such as Tumblr and OnlyFans. Tumblr is an American social network for microblogging. It allows users to create and share multimedia content such as text, gif, video, photo, etc. In 2013, Tumblr was under scrutiny because of its large amount of “pornographic content.” Based on the analysis of TechCrunch, Tumblr was considered as a porn website because of the traffic and the amount of pornographic content. In response to that, Tumblr started to restrict all the adult content tagged, which later included more filtering.

Tumblr was one of the most popular online platforms that the queer communities used to share their lives and thoughts. Tumblr started to filter this content without differentiating between queer content and pornographic content. In other words, queer content can be considered as “pornographic content” in Tumblr’s heteronormative algorithm. The term “queer content” covered content such as gender confirmation surgery, trans bodies, nudity, sexual exploration, and sex education for queer people. Additionally, other content, such as female-presenting nipples, childbirth, breastfeeding, etc. was also banned on Tumblr. Unfortunately, the filtering damaged the community of like-minded people who could have found a place to share their thoughts. LGBTI+ users either gradually left Tumblr or adapted to the new policy.

This case may raise the question: to what extent does virtual spaces resist the visibility of queer people? The adult content Tumblr policies address is under the influence of cis-hets perspectives, which may lead to restricting queer spaces on virtual platforms. In virtual, heteronormative spaces, queer spaces cannot be sustained, and may lead to the online gentrification of users.

Another example is the website OnlyFans, which was created based on subscription services. It allows users to create multimedia content and earn money through their subscribers. Basically, the website provides a system for the creators to make money through individual content. This content includes a diverse range of topics such as recipes, gym training, or pornography. The content is not accessible to the public, and only subscribers have access. OnlyFans has become very popular among the LGBTI+ community, as well as with many sex workers, since the content is specifically produced for people who pay for it. People can get access to the specific content based on their desires and needs. OnlyFans also, in August 2021, announced that sexual content would not be allowed; however, after six days, they canceled their new policy due to the reactions from users and creators. This is one of the examples where the queer community has been marginalized in virtual spaces by restricting the queer content. Thus, virtual spaces have tried to marginalize any non-heteronormative behavior, like non-physical spaces, even if their users are mostly queer. This tendency to make queer content less visible is the same mechanism as reacting to a taboo in physical spaces. The presence of any queer content is already resisting in virtual/physical heteronormative context, while it reclaims its territory constantly to be visible.

From another perspective, gay bars in countries that are relatively far ahead in terms of recognizing queer rights are facing new challenges such as dissolution and the challenged sustainability of queer spaces. Years ago, gay bars were the places that cit-het people were trying to avoid. These places were created by and for so-called deviant people. Entering these places could be physically dangerous, or could put people in the danger of stigmatization in society. However, nowadays, in the countries that are pioneers in queer people rights, these places are a perfect place for fun. There are many cis-het people in gay bars and clubs that feel welcomed. The following discussion will not be about whether heterosexual people are allowed to be in gay bars or not. Rather, it will focus on what happens to queer spaces with the presence of cis-het people.

Beforehand, we need to know why cis-het people would like to spend time in queer spaces, in the spaces that a few years ago, experienced its existence being questioned. There are many reasons cit-het people choose to visit queer spaces. For instance, women feel safer going out, with less threat of sexual violence from cisgender straight men. Arguably, over the past years, queer spaces have also become desexualized and more gender diverse. Moreover, these places allow people to be themselves within a diverse setting that exists outside of the pressures of a heteronormative context. The other reason might be the social awareness, the increased tolerance and acceptance of the queer community, which makes these places more popular. Finally, and in an ideal sense, queer space is a place for everyone with different orientations and bodies – even if the community is not all the way there yet. 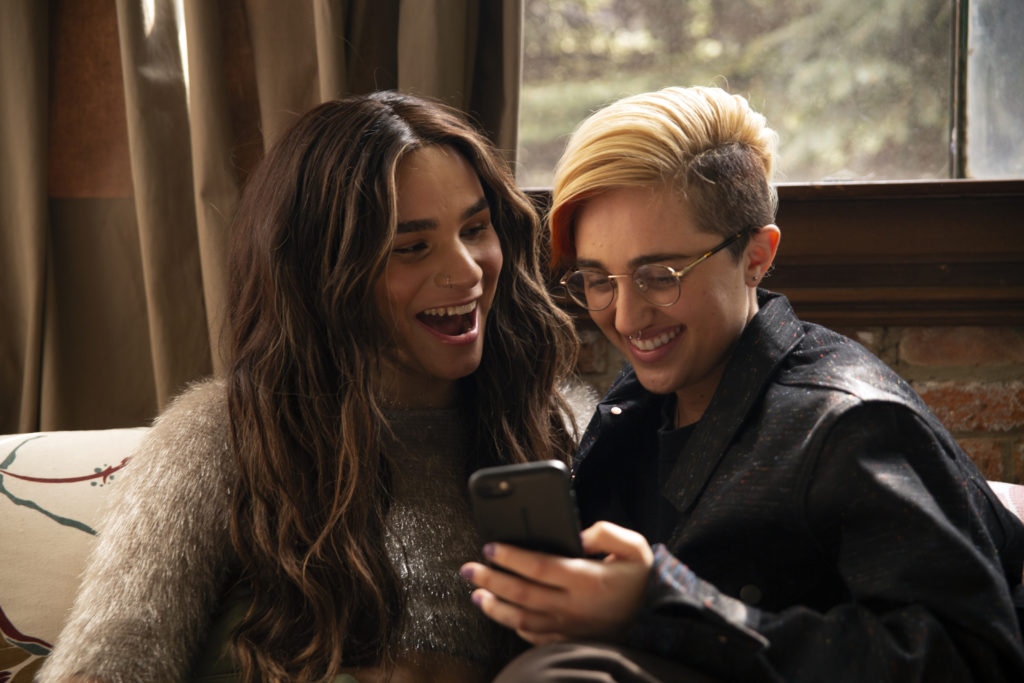 The queer community has played an important role in popularizing some online platforms, while later being limited by those very platforms.

With the presence of cis-het people in gay bars, these spaces may be changed. This presence may transform the social codes, gazes, interactions, and the purposes of being in a gay bar, which gradually has been established over the years. But in the literal sense, queerness can blur these lines and labels. The labels are the legacy of modernism wherein everything needed to be separated and labeled. And if we truly think about the phrase “the future is queer,” this blurring will also make sense. By considering queer space as ’imminent’ as Christopher Reed does, queer space is constantly taking place, or better to say, it is a place that needs to update itself in order to stay visible. The concept of sustainability in queer space is entangled with temporariness. In other words, due to time, it transforms itself to guarantee its lifetime. These characteristics make a queer space inherently a sustainable space. It does not mean that each physical queer space is a sustainable space solely because of its queerness, but instead, there many other factors such as economy or politics that might change the story of queer spaces. Nonetheless, queer spaces, both digital and physical, are demonstrably dynamic and susceptible to being further marginalized by the heteronormative context, specifically because they can still be considered taboo. The sustainability of queer spaces therefore comes from the constant reworking and reinvention of the spaces.

PrevTidligereSustaining history with stories: A chat with Lars Henriksen and Chantal al-Arab
NæsteThessaloniki has a lot of pride in its Pride. There’s a lesson in that.Next