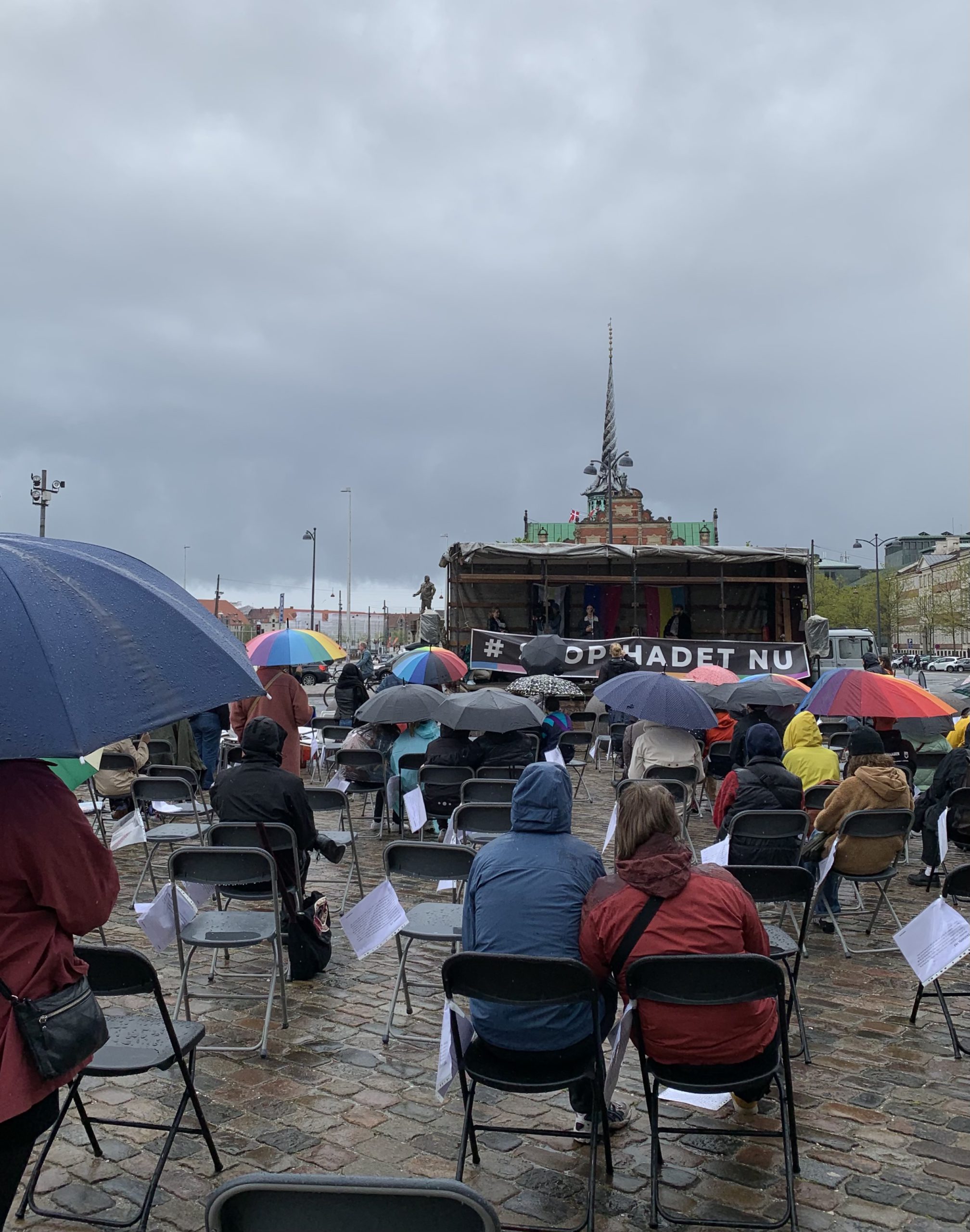 The legacy of Live and Let Live

In the summer of 2020, a young man was walking down the street in the city center of Copenhagen when a stranger decided to film himself yelling at him, subsequently uploading the clip to Instagram. What made the video amusing in the eyes of the uploader was the fact that the person walking, a man with a beard, was wearing a dress. His mere existence in the public space made another person think it was acceptable to not only harass him, but to share it with thousands of others with the assumption that they would get a laugh out of it. It happens every day – not adhering to the norms makes a person vulnerable to this kind of abuse, oftentimes while others stand idly by. But on that summer day last year, the community responded.

The founding of a movement

Shortly after the incident, activists and friends Elijah Kashmir Ali and Mizz Privileze took initiative for the demonstration “Dresses against Hate crimes” in front of the Danish parliament in June 2020, with local solidary protests in Aalborg, Viborg, Kolding, and Aarhus. The event was a bold message to decision-makers that

discrimination is a daily occurrence for many LGBTI+ people and political action is required: “The media usually only addresses LGBTQI+ rights in August during Copenhagen Pride Week. But our struggle and right to exist safely in public spaces aren’t seasonal. We experience hate on a daily basis. We refuse to stand by and watch the hate against our community be overlooked and normalized,” says Mizz Privileze.

After the demonstration, it would have no doubt been easier for everyone to go back to their everyday life – but that is not what happened. The spark turned into a flame when the national movement Live and Let Live was created with the aim of affecting palpable change and holding politicians accountable for their commitments to the LGBTI+ community.

“It all started with me asking my followers on Instagram to make a rainbow storm on the Instagram page of the person who had shared the video of Alexander in the dress. So many people engaged, and from that on it was clear that our community and its allies had had enough! Leading up to our protest, and in the 12 months that followed, thousands of people engaged in our campaign, making it clear that we are a movement of resistance,” says Elijah Kashmir Ali.

With the support of a number of larger NGOs, Live and Let Live set out to collect 1,000 stories of hate experienced by LGBTI+ persons in Denmark, with the mission of showing decisionmakers the scale of the issue of discrimination against LGBTI+ people. It did not come easy; for many, sharing stories of hurt and humiliation can reopen old wounds and another matter is getting the word out as a new movement. But in the end, the goal of collecting all the stories within a year was reached – and that brings us to May 2021, where Live and Let Live organized its second demonstration outside the parliament. And this time, they came forth with demands.

A call for action

All the testimonies that had been gathered in the previous year was made into a book, accompanied by photography, illustrations and personal portraits, all created by the passionate volunteers drawn into the movement to support the right for everyone to live safely and freely in Denmark. But not only was the issue of abuse towards the LGBTI+ community made startingly clear – also included in the book was 30 recommendations for legislative action to put a stop to the hate within education, in the workplace, locally, and systemically. Copies of the book were distributed to all MPs, and several showed up at the demonstration to receive them. Undeterred by the spring rain that day, a large crowd showed up in support of the cause. Similar events took place in Aarhus, Aalborg, Skive, Silkeborg, and Odense.

“It meant so much to all of us who have been working so hard on the book and the protests around Denmark that so many people showed up and also shared our message online. The protest in front of the parliament started with the Minister of Equality and Labor receiving the book. Prior to the protest, he had read our article in Politiken, and I was very pleased to hear that our book and stories made an impact. Peter Hummelgaard [the minister] assured us that he would now be part of the solution in stopping the hate, and we plan to take him up on his words,” says Mizz Privileze.

Now, Elijah Kashmir Ali and Mizz Privileze have had a chance to catch their breath before once again taking up the fight. In June, Live and Let Live officially become an association, and they continue to work towards creating a safer space for LGBTI+ people in Denmark. Still powered by volunteers and community commitment, the movement that was spurred by a hurtful act has in itself provided a space where activists can feel seen and heard – as they are, without fear of judgement. And Live and Let Live will not give up until that safety is the norm and no item of clothing will put a person at risk of meeting hate.

“From here, we want to use the book to enlighten politicians, NGOs, schools and workplaces on hate crimes, and how we stop them through political action. One of our goals is to make a statement during the municipal election in the fall, making sure politicians all over Denmark become part of stopping the hate. Live and Let Live was created for us by us, so the future of our movement is in the hands of our community. Personally, I think it’s important to also focus on empowering our queer and trans siblings, who are fighting for change,” says Elijah Kashmir Ali.

Go to www.stophadet.nu to read all the testimonies and the political recommendations. You can purchase a physical copy of book #StopHadetNu in the Copenhagen Pride web shop for 75 DKK. All sales of the book go directly to Live and Let Live.