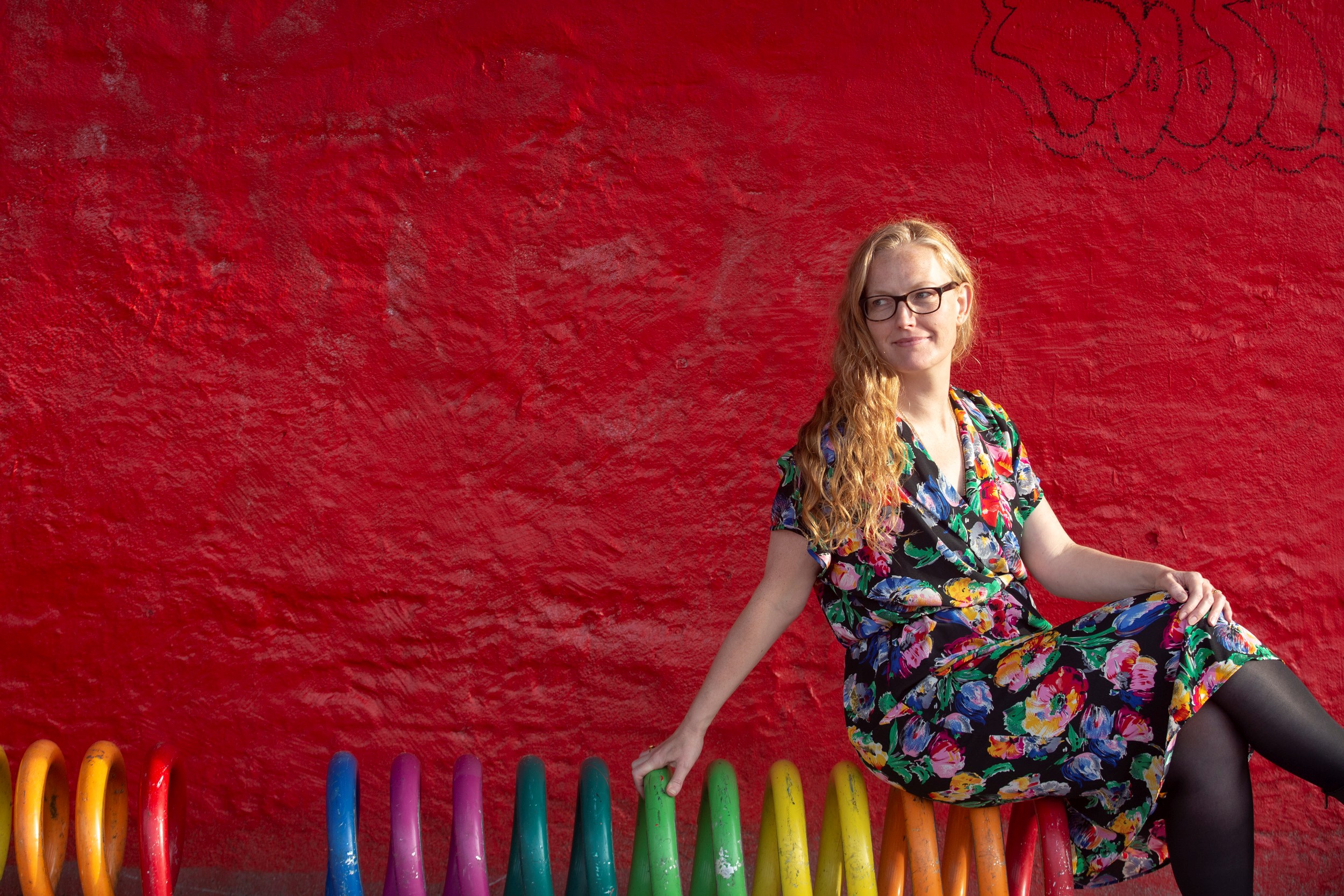 All Families Are Real Families

This article was originally written for INCLUDE Magazine by Martin Dover, published by Copenhagen2021 in 2019

Karen Therkelsen is on a quest to popularize her so-called “parent speed matching” as a method for LGBTI+ people to form a family of their own in a country that prohibits the use of surrogacy. The idea sprung to life when she decided to have a child with a gay man.

Karen Therkelsen had never given much thought to the idea of having children. The love of her life hadn’t entered her life, and she didn’t really care much for kids. Not that she had a problem with them, but she wasn’t exactly eager to have some of her own. But that started to change when she was in her 30s.

“It was soon after my father died that I started thinking about having kids of my own,” she says. “I had thought about it when I was younger, sure, but the thoughts had never occupied much space in my mind, and now I suddenly felt a strong urge to become a mother.”

Although the urge was strong, the prospects weren’t exactly the best. Prince Charming didn’t seem to be waiting right around the corner, and Karen was certain that she didn’t want to be a single mom. Plus, her biological clock was starting to tick.

“I didn’t feel like doing it all on my own. I wanted my kid to have a father. I do have the deepest respect for the single women who decide to become mothers on their own, but I knew that it wasn’t something for me. I liked the idea of being in it together with someone.”

When did you start thinking about forming a rainbow family?

“I’ve always had lots of friends in the LGBTI+ community, so when I started to think about having kids, I already knew about this online community for people looking for co-parents. And I soon started to warm up to the idea of forming a rainbow family, because that would allow me to have a co-parent to lean on, and my kid would have a father in his life.”

After giving it some serious thought, Karen realized that a rainbow family made perfect sense for her. That’s when she started looking for a gay man to be the father of her kid.

“I spent a few weeks online, writing about ten guys or so. I met with two men before finding the right match, and I soon learned that you must be very candid about your expectations, the values you want to pass on to your child, and the way you want to raise them.”

Eventually, she found the man. Martin was his name, and things just kind of clicked between them. Karen became pregnant, and baby boy Louis was on his way.

“We really made an effort to get into a lot of the nitty-gritty details of how we wanted our family to function, well ahead of the pregnancy and the birth. And having very clear agreements helped us a lot when things got a little hard.”

Karen and Martin decided to live together in the first months after Louis was born. This was incredibly helpful in letting Martin bond with his son, and it established a good balance between Karen and Martin as co-parents. After a year or so, Karen moved out of Martin’s apartment and got a place of her own close by, so that the daily grind would get easier for the two of them.

Louis is seven years old today, and Karen and Martin have split the parenting duties 50/50, meaning that Louis lives one week with Karen before living one week with Martin. During the week, they communicate about how their son is doing, as well as about practicalities. Furthermore, they spend every third Sunday together as a family and celebrate Christmas and Louis’ birthday together.

With seven years now having passed since Louis’ birth, Karen now tours around to talk about her experience and the ups and downs of being a rainbow family, and she coaches others who already have or are in the process of forming a rainbow family. She also provides coaching for the collaboration on the child.

“Having been through this whole experience myself, I want to pass on the lessons I’ve learned so that others can benefit from them. It’s been rough from time to time, because there really is no rulebook on how to make this type of family work.

“But if you do it right, it can be the most rewarding experience. When doing a talk, I came across a PowerPoint slide with a photo of Louis looking at his father, his eyes brimming with unconditional love. It made me tear up, and I felt blessed to be part of such a loving family.”

Karen also organizes so-called “parent speed matching” sessions where people can come and meet potential co-parents, straight or gay, single or a couple. These events are quite like the infamous speed dating events, where one can talk to someone for a few minutes before moving on to the next person, thus meeting a lot of new potential dates in a short amount of time.

At the parent speed matching events, Karen divides people in two groups: The people or couples looking for eggs and those looking for sperm. They then rotate so that they all get to talk to each other for 10 minutes. By the end of the night, everyone hands over a little note to Karen with the name(s) of those they want to stay in touch with.

“That way, those that share a mutual interest in each other can get in touch and perhaps move forward towards forming a family. During their first meeting, I encourage them to be candid about their expectations and that they are looking for in a co-parent. The conversation should be open and candid.”

“These parent speed matching events are a safe space for people to meet others who want to form a rainbow family. There are websites on the internet for that, sure, but my own experience tells me that talking about these things face-to-face is much better.”

Deciding on forming a rainbow family wasn’t hard for Karen, but reactions from her surroundings have been mixed, although mostly positive.

“Some have suggested that having a kid with a gay man was purely egotistical. But most people have been very encouraging, telling me that I was brave. What’s been hardest in terms of being public about this is that there really are no role models.”

That’s part of the reason why Karen gives talks about her story, coaches others in the same situation, and hosts parent speed matching events. She wants to be the role model that she never had.

“Basically, I just hope to be able to empower people to form some fantastic, loving and caring families. But I also hope that me championing this agenda can ultimately foster a more inclusive world, so that my son and others like him won’t face prejudice because they’re rainbow children.”

3 pieces of advice from Karen

Give it some thought: If you’re LGBTI+ and have reluctantly given up on the idea of having a family because surrogacy, adoption, or other means are not accessible to you, you might owe it to yourself to give the idea of forming a rainbow family some though. Being a co-parent in such a family can be just as rewarding.

If in doubt – check it out: Even if you’re still in doubt, maybe you should try and check it out? Meeting up with potential co-parents can perhaps help provide some clarity and help you decide. Be open about the thought process that you’re in when reaching out to potential co-parents, and you’ll most likely come across someone who went through the same thoughts at some point.

Make an agreement: If you meet a potential co-parent that you would like to have a child with, you must remember to ask questions and write down your agreement on a piece of paper – sort of like a contract. You must be very candid about your expectations, the values you want to pass on to your child, and the way you want the upbringing to be. Make sure to ask the tough questions and answer all questions sincerely.