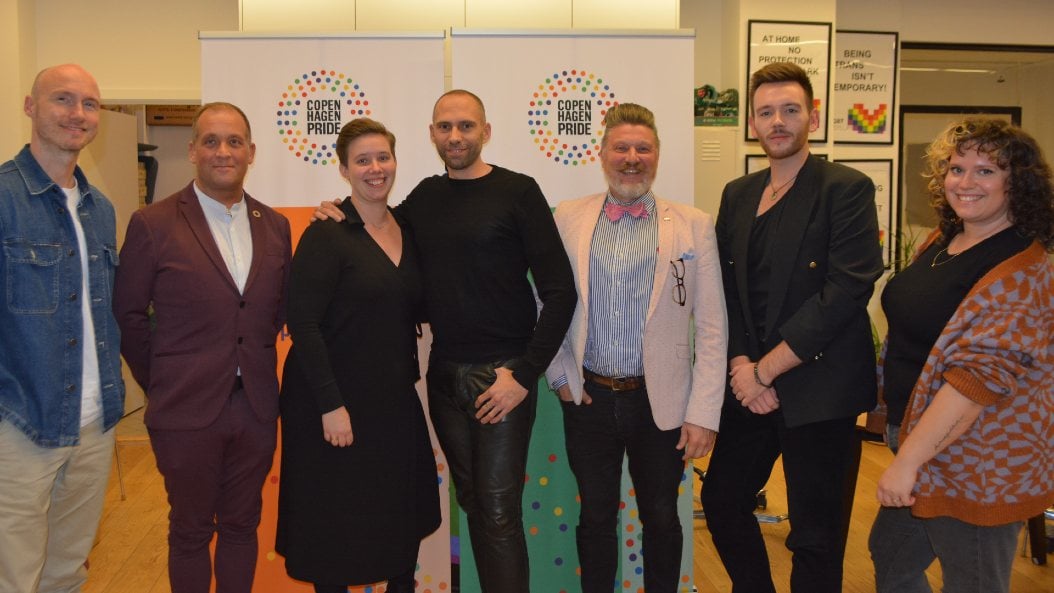 “Equality and quality”. This is how Copenhagen Pride’s vision for the next three years is summed up, where the focus will be on celebrating and developing the organization’s strengths and recognizing its weaknesses.

Organizational Chairperson Benjamin Hansen and Political Chairperson Lars Henriksen presented the annual report on behalf of the board, and focus was on the organization, despite challenges, succeeding in creating some beautiful and successful events that were well received by the community. With both well-known and new initiatives, there was plenty to experience during this year’s two Pride Weeks, and in addition, there has been plenty of international activity, with visits to Prides in Norway, Finland and Serbia, among others, and the organization has once again provided support to a number of local and international projects including in Afghanistan, Uganda and Ukraine.

Furthermore, the veil was lifted on some of the ambitions for the organization in the next years, leading up to Copenhagen Pride’s 30-year anniversary in 2026. Amongst the highlights were an emphasis on quality and ethical partnerships and merchandise, parade review, strategic communication efforts and a renewed approach to organizational development and governance. All in all, getting Copenhagen Pride to be the best organization it can be.

“Copenhagen Pride has come out of WorldPride with strength and stability and a global reputation as a Pride with values, meaning and power to create change. We must now seize opportunities to ensure that this reputation is developed and improved in the coming years, recognizing our mistakes and areas where we can develop so that we truly become one of the world’s leading Prides,” said Organizational Chairperson Benjamin Hansen during the presentation.

When it came to the board elections, it was a peaceful affair: There were no more candidates nominated than there is space for on the board, and Lars Christian Østergreen, Caroline Thøgersen and Brian Allesøe were all re-elected with applause. Fombu Asaha was nominated as an alternate board member and was also re-elected. The board thus has the same faces as after the last general meeting, a dedicated group of people who are already engaged in the work to ensure that the organization will be the best it can be.

The lead-up to the meeting was not entirely without a hitch, as the notice via an LGBTI+ media had come out two days late according to the bylaws of association, and the general meeting was therefore at risk of being declared invalid. Apologies were extended and it was emphasized that the media outlet was not to blame for the lateness. However, no members wished to object to the holding of the general meeting, so after the moderator established that the meeting was legal and quorum, the evening could begin.