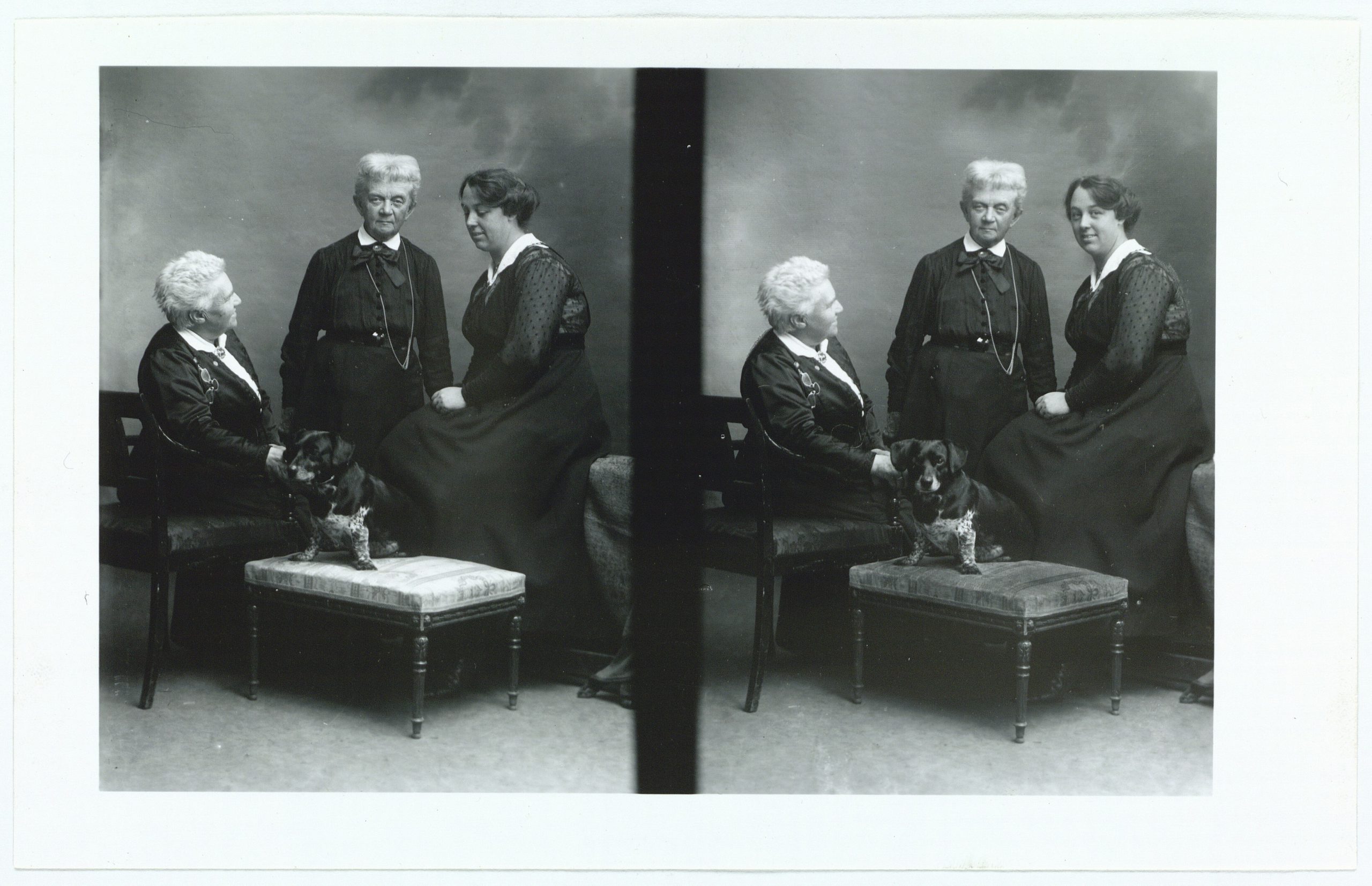 How 19th-century women tricked the Patriarchy to live freely

In 19th-century Denmark, job opportunities arose for middle class-women seeking employment as e.g. nurses and schoolteachers. This led to cohabitation for several women, who raised orphans as their own children and who were buried side by side, without facing the same stigma that male homosexuals faced in the 19th century.

Since 2007, a woman living with another woman (or a single woman) has had access to fertility treatment. This means that women have been able to, without any male involvement, and with help from the Danish health services, to legally start a so-called rainbow family. This is worth celebrating because when the law of artificial insemination was introduced in the Danish Parliament in 1996, a majority of the members believed this right should be reserved for women who were either married or lived with a man as husband and wife.

When members of the Parliament from both wings at the time were asked to argue in favour of this limitation, the answers resembled the words of a particular member of the Social Democratic Party: “I believe we can establish that the best thing for a child is to have both a father and a mother. It is best for practical reasons, financial reasons, and last but not least, emotional reasons. It is beneficial for a child to have an emotional attachment with both a male and a female parent”. No one had evidence to support this claim – that was just the way things were, and the heterosexual nuclear family had become a norm by the end of the twentieth century.

The birth of the modern woman

100 years earlier, the same ideal that a child should grow up in a family with both a father and a mother of opposite sexes, was not prevalent. At the time, both unmarried women and two women living together were able to adopt orphaned children, thus creating their own family. Of course, this was only possible, if the women were able to support themselves financially, and, coincidentally, employment for middle class-women transpired in the late 19th century. The women were able to train as nurses or teachers or seek paid employment in charities.

Nurses often lived in a special section of the hospital, whereas the gradually increasing number of schoolteachers were able to live by themselves. Although for the first many years the female teachers received a lower salary than their male colleagues because they were not considered breadwinners, they had the opportunity to form their own household. Several lived in boarding houses, often alongside other self-supporting women, but many also rented small apartments in pairs. This was even recommended by headmistress Ms Natalie Zahle.
In 1872 she wrote in a daily newspaper article that if a schoolmistress received a better education, she would be entrusted with greater duties and thus receive payment equivalent to the responsibility and not defined by her gender. “As an unmarried woman, she must also establish a household and family circle, had one such not been assigned to her naturally, in order for her, despite her unmarried status, to satisfy the womanly inherent motherliness, without which, she endangers her calling becoming either quixotic or withered and mechanical”.

Miss Zahle’s two good friends: the housemates and headmistresses, Comtesse Thusnelda Moltke, and Widow Elise Bay, created such a life for themselves. They adopted three orphaned boys and thus created a family equivalent of the nuclear families at the time. The relationship of these two women was pointed out as exceptional, and when Comtesse Moltke’s School for Girls in 1910 celebrated its 30th anniversary, Natalie Zahle wrote an article about the school and its foundress. After carefully having described Comtesse Moltke’s school through the years, Miss Zahle wrote: “She has found her lifelong happiness in home life with Widow Elise Bay, née Lund, whose intelligence, vivacity, cheerfulness, yes, often effervescent humour, have worked miraculously for the Comtesse M.’s peculiar inclination to solitude and seclusion. The two have complemented each other in many ways, beneficial to home and enterprise”. Mrs Bay passed away in 1916, and when Comtesse passed away in 1928, the school’s annual stated that: “by the side of her loving friend, Mrs Elise Bay, the body of Comtesse Moltke was buried”. In modern language, they were buried in the same plot.

Other female couples became mistresses for orphanages and exercised great empathy and motherliness with each of their significant characteristics, like i.e. the misses Anna Herreborg and Agnes Hansen. When they retired in 1926, after managing the girls’ community school, Talitha Kumi, since 1887, the school’s chairman, manufacturer Rudolph Nielsen wrote in the book Danish Reform Schools in Images and Text (Danske Opdragelseshjem i Billeder og Tekst) of the women’s deeds: “They both possessed great abilities and an exuberant, warm emotional life, being faithful friends from youth, they happily complemented each other, one vigorous, the other of a softer virtue. Only such harmonious living could bear this exercise of spiritual and bodily strength as their calling bid them”. Even though he does not explicitly write that one was the father, he suggests, using the opposing characteristics “vigorous” and “soft”, that one of them displayed authority and the other forbearance. “The two women devoted themselves to their motherly calling with an equally strong sense of duty and rights. The purpose, which they never shied away from, was to unite the children, each other, their home and their motherly friends by ties that could only be equated with those that blood binds in the natural home.”

What these examples of female couples show are that the fact that two women started a family or lived a lifetime together did not cause a stir. The remarkable thing is also that way up into the 1920s, innocent descriptions about these special relationships were uttered so naturally. At the time, male homosexuality had been heavily discussed in the daily newspapers and in England, the lesbian novel The Well of Loneliness had been banned under strained attention. The novel was published in Denmark in 1929. No one cared to attach the ghastly appellation “homosexual” to these female couples, and it is also very unlikely that the women themselves have thought of their own domestic life as connected to this mentioned deviant sexual lifestyle. Thus, we can conclude that during the time where homosexuality was an unknown phenomenon, two women were perfectly able to create a family. What was highlighted about these two female couples was that their different character traits complemented each other, whereas it was irrelevant that there was no man in the family.