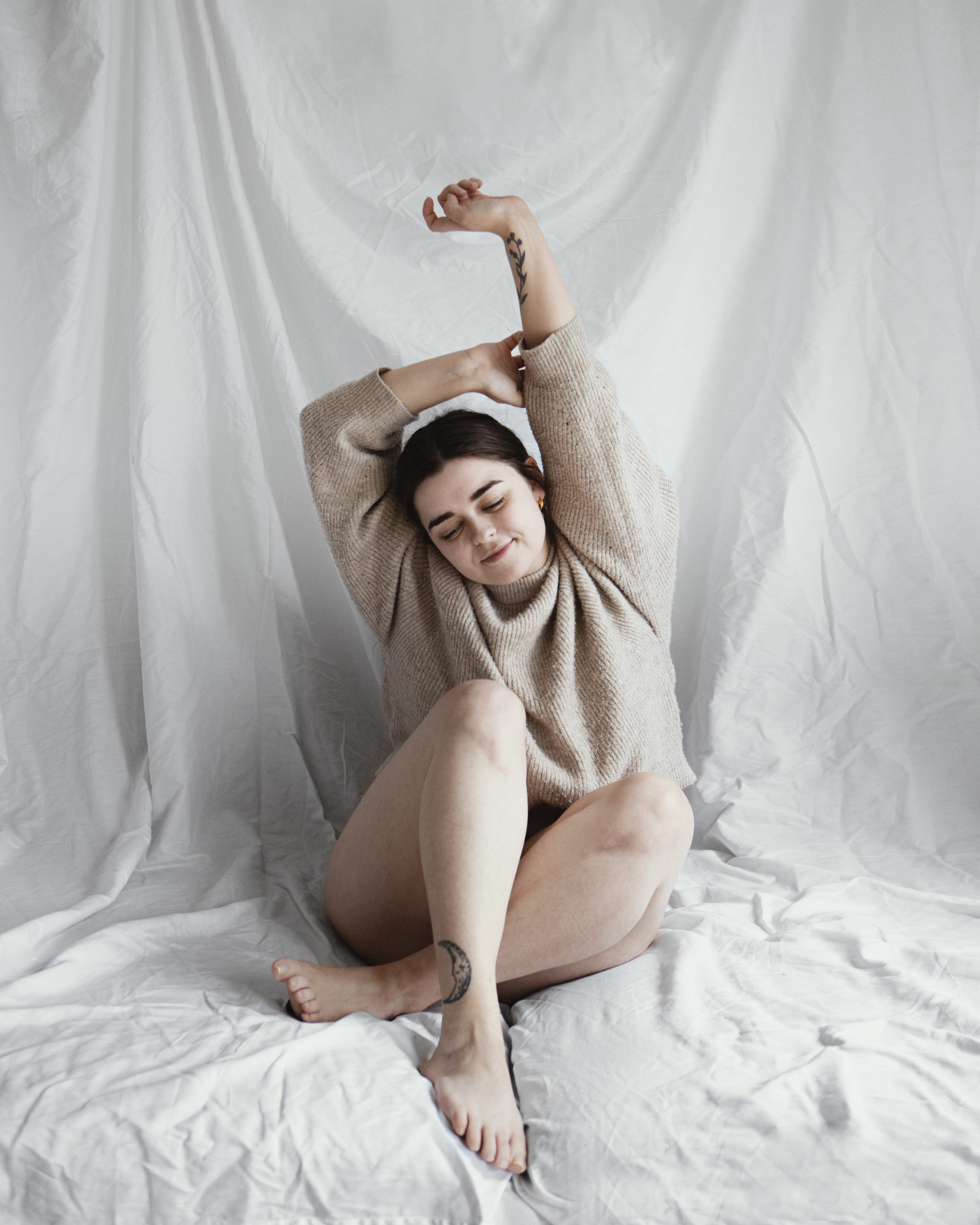 “The amount of love overshadows the hate”

Sonja Lovdal (she/her) is one of the Danes who have become popular on the app TikTok, where videos are the main content. Social media offers many advantages to self-employed people wanting to promote their work – but this is not what drives Sonja.

On August 12th, 2022, I had the opportunity of having a face-to-face (or rather, screen-to-screen) conversation with Sonja to hear more about her experience with being queer on social media.

When did you start using TikTok?

”I first got into TikTok in the summer of 2020,” says Sonja, laughing. ”At the same time as everyone else. With the total lockdown going on, it was one way to pass the time!”

But she didn’t take interest in the app just because of the collective Covid boredom. “I work with social media and advertising, and I could see how TikTok was growing. I approached it from a professional angle, going in to see what it could offer, and I ended up being completely consumed by all these tiny communities – in a very positive way!”

“I do advertising, photo, video, graphic design, project management, and producing – all sorts of creative work, but I also deal with administration. Sometimes I do nothing but write emails the entire day, and other days I’m at a photo shoot where I’m on my feet all the time, lugging my equipment around.”

Born in December 1995, Sonja Lovdal is a freelancer working in advertising. ”A normal day for me really means being one hundred percent in control – and I like it like that! I don’t think I’m very good at having a boss. I’m much more comfortable with making my own decisions. It’s a lot of responsibility, but it also means more freedom!”

Self-employment means more flexibility: ”There are some days where I don’t do advertising work, but where I ‘just’ make TikToks or go to influencer events,” she laughs. ”This whole TikTok life has gotten a bit more real.” 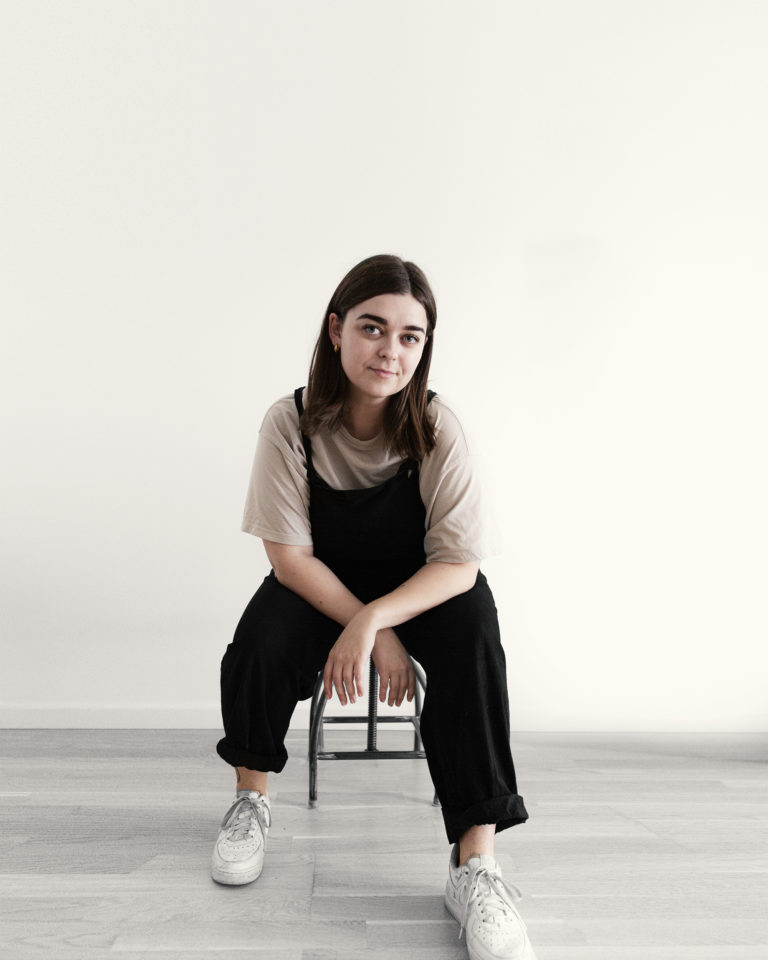 What inspires you to create content for social media?

TikTok hasn’t always had the best of reputations, and maintaining an active online presence can be hard work. But Sonja smiles and happily tells me that ”I think that the thing I like about TikTok is that it’s so real. It’s all about having fun and playing, being creative and showing your true self, while Instagram, for instance, is much more polished and is more about appearing perfect.”

A video has more parts to it than an image, and Sonja Lovdal sees that as an advantage. ”When I make TikTok videos I get to be myself one hundred percent. I think that gives me a very positive, creative break. Since it’s not part of my day job, I get to decide the content!”

“I do know that it’s also possible to sometimes end up on the slightly rougher side of TikTok,” she admits. These “sides” are those small, virtual communities that the app’s algorithm has managed to create, and that can do both great good and great harm. “You might meet some hate. But mostly it’s just a super positive community, where you feel safe being yourself!”

What does TikTok mean to you?

”I think that especially as of late, TikTok means friendship and community. I’ve met so many of my friends on TikTok, friends from all over the world too!” TikTok is available in 154 countries and in 75 different languages. However, the app is still being controlled by Chinese political affiliations, who often practice censorship – especially of content created by minorities, including LGBTI+ creators. “For me, TikTok means community, a space to be yourself and to share your opinion. It’s sort of a safe place, somehow.”

What is your experience with the app as a queer creator?

Sonja Lovdal prefers to use the word “queer” about herself, as she finds this to best describe her. “I think there is a really good, large queer community on TikTok. I feel that there is room for me and that I am accepted. This makes it easier for me to be openly queer.”

The TikTok algorithm has had a tendency to guide users to places they did not even know they tended towards. “I’ve heard that from a lot of people – their story is that they got on TikTok and learned a lot and heard the experiences of others, so they got the opportunity to reflect. I think that’s crazy awesome!”

People’s experiences that they share on the app vary widely, and that is what helps create those small communities that Sonja Lovdal so treasures. But even though you find a good community, it’s not all sunshine and rainbows. 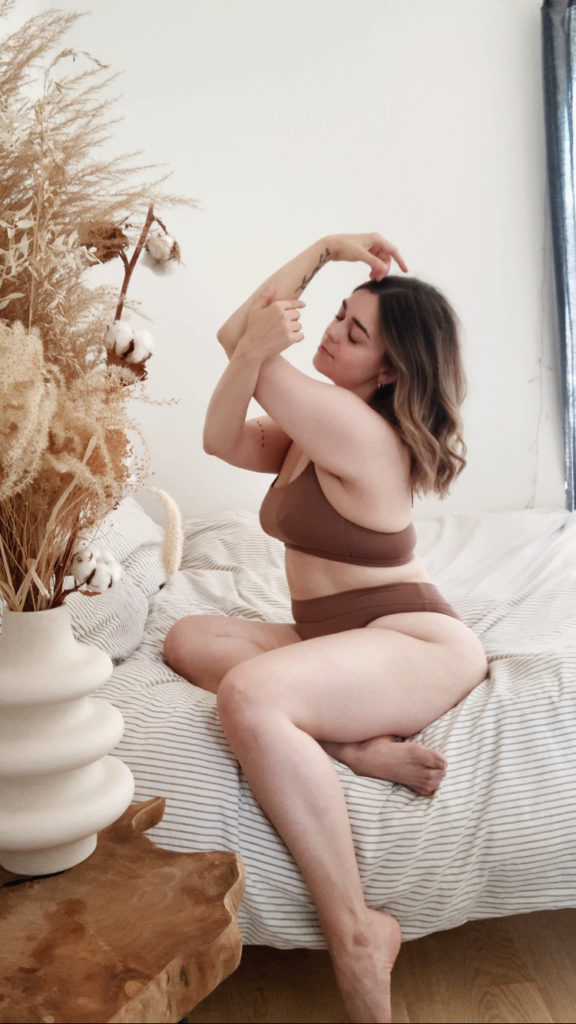 ”It’s very recently that I’ve begun to share it, but I actually really like it.” At the time of this interview, there is only a little rainbow content on Sonja’s page, but she promises with a grin that there will be more by the time the magazine is published.

”When I make a video, no matter if it’s about me being queer, or just me hanging a Pride flag and saying ‘I celebrate Pride too,’ I’m met with two different responses. One is ‘thank you so much for saying this, I feel so validated’ and the other is ‘ew, gross, what went wrong with Denmark?’.”

Even though she knows that not everyone is equally well informed, queerphobia can still catch Sonja Lovdal by surprise. “You know it’s out there, but when it strikes you personally, you are overwhelmed by the reality of it, because it just doesn’t feel real.” Age is no excuse: “You want to give children the benefit of the doubt because they might not know any better. But it’s the frigging adults, too. And it’s overwhelming how much hate you can encounter.”

She adds that it’s not all bleak: “On the other hand, I will say that the amount of love I’m given overshadows the hate!”

How do you handle profiles with ill intentions?

Sonja Lovdal’s approach to trolls and negativity is a modern oldie but goldie: “I have the attitude that you should always take the high road, or try to answer back with love. Because either I’ve gotten it wrong, and they really mean no harm and are open to being educated, or they just have ill intent towards me. It’s no use arguing with them.” She has a positive experience with this approach: “People often say ‘oh, OK, I didn’t know that!’“.

She knows that not all people have the energy for this approach, and emphasizes that sometimes the most important thing is to ignore the hate. “Most people really just want a reaction from you.” But if it’s bad, it gets reported. “And then it’ll be removed if it’s severe enough, like if it encourages harassment or hates crime or something like that.“

What is your advice for LGBTI+ people on TikTok?

”If you want to and feel safe doing so, take part in the community! Make some videos, be yourself, and show who you are. And if you don’t feel like making videos, just leave a comment and lend your support – you’ll be sure to get some love in return!”

She adds: “Try to be a bit vulnerable. You might open yourself to some hate, but you will also get a whole lot of support. And that feels god damn amazing!”