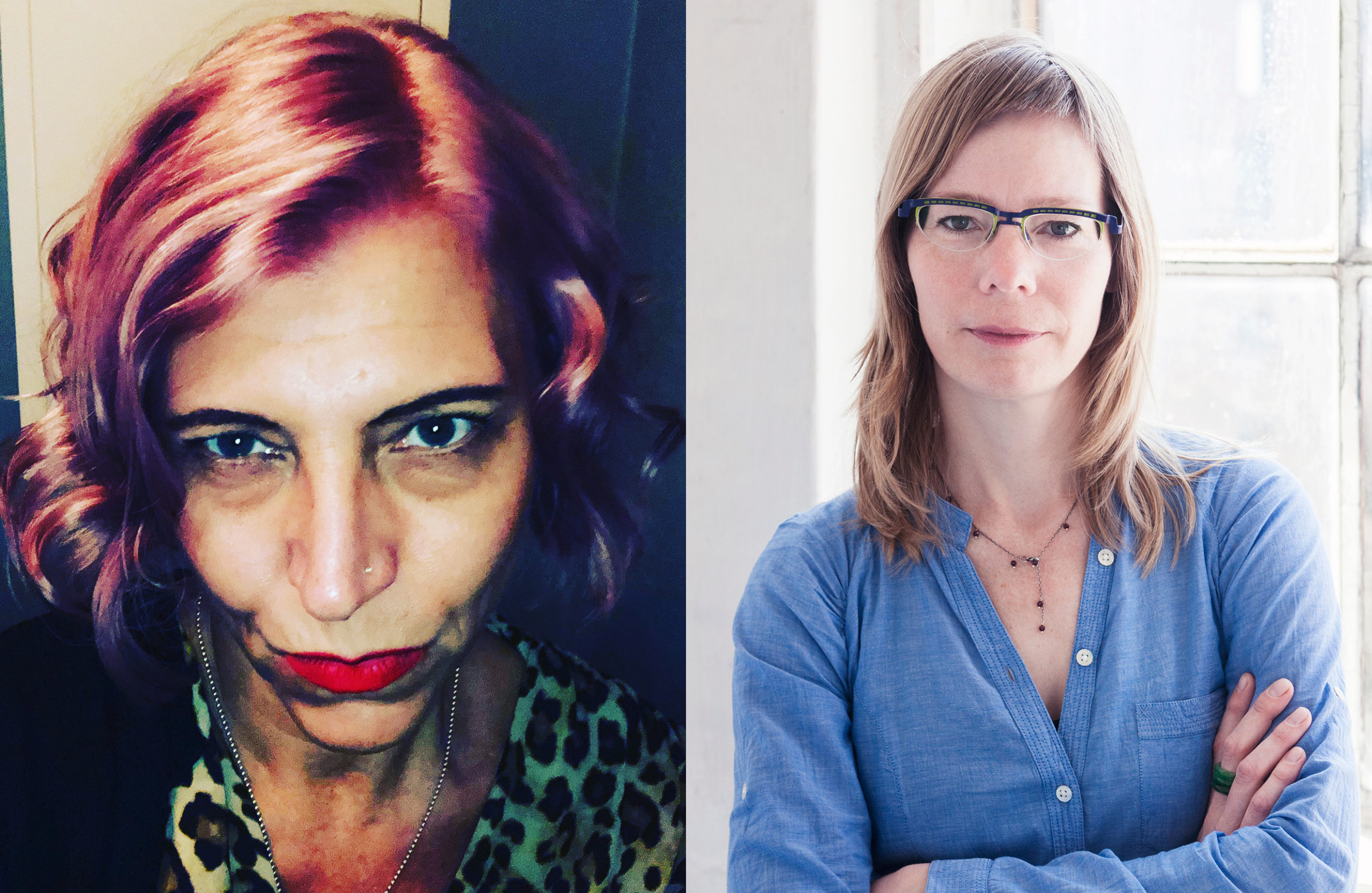 The racial politics of queer reproduction in Scandinavia

By Rikke Andreassen and Ulrika Dahl

During the past 15 years, Scandinavia has experienced a huge baby boom in queer families. With new legislation providing lesbian couples and single women access to state-funded reproduction technology, combined with greater reproduction by gay men through surrogacy, the family landscape has drastically changed. A new research project, Scandinavian Border Crossings: Race and Nation in Queer Assisted Reproduction, will study the meaning of race through the ‘matching’ of gametes (reproductive cells, i.e. sperm and eggs) and parents. The researchers propose that queer reproduction is not purely a progressive step towards LGBTI+ liberation; rather, it involves racialized medical choices that we need to talk about more.

Queer kinship with a focus on race and whiteness

Thus far, most research on queer families has focused on the well-being of children born into queer families, and on queer parents’ experiences of creating a family in a heteronormative society. While such research has been important, and the documentation of children’s well-being (where research repeatedly has shown that children raised in queer families are doing equally well as children in straight families) has played a role in gaining legal reproduction rights for LGBTI+ people, we are interested in exploring some of the more complicated aspects of queer reproduction. One such question concerns how donated gametes are chosen by intended parents. While many feel that donors are not part of the family per se, many have ideas about what features they want in a donor.

As lesbians with our own queer and rainbow families and as researchers with long experience studying queer kinship and questions of race and whiteness, with this new project, we want to understand how race features into “donor choices.” In a time when growing numbers of LGBTI+ people are reproducing and forming families, we think that we – as queer scholars and queer activists – also need to think critically about what we reproduce when we reproduce.

The new project builds on findings from previous research where we have interviewed queer parents in Denmark and Sweden who have used donated sperm to conceive. One common theme was thoughts about whether a donor should be ‘anonymous’ or ‘open’. With an anonymous donor, the parent(s) and future child have access to only limited information about the donor, such as race, height, weight, hair color and eye color. With an open donor, the future child can retrieve information about the donor’s identity when she/he/they turns 18. Some donors have extended profiles, where the family has access to information about the donor’s education, medical health, artistic abilities, etc. In Sweden, anonymous donations are not allowed, so some Swedes travel to Denmark in order to become pregnant with anonymous donor sperm. Regardless of whether the parents choose ‘anonymous’ or ‘open’ donor sperm, people we spoke to often insisted that choices of sperm were related to what was believed to be the best for the child. We see a tendency where solo parents choose ‘open’ sperm more often than queer couples, but where queer couples choose ‘open’ sperm more often than straight couples do. Besides choosing ‘open’ or ‘anonymous’, questions of race, height, hair color and eye color of a donor were often mentioned.

Many parents in Denmark explained their choices of sperm in relation to finding a donor that ‘looked like themselves’. Ulla, a lesbian mother, stated: ‘I want the child to look like me, so I chose a donor with blond hair and blue eyes because that is what the children in my family look like.’

We also found that most parents, especially white parents, rarely explicitly talk about ‘race’, ‘ethnicity’ or ‘whiteness’, when they talk about their choices of sperm and instead talk about color of hair, skin, and eyes. This avoidance of pointing directly to race or ethnicity is typical for Scandinavian countries, where there is a long history of insisting on color blindness. One result of not verbalizing race and whiteness in Scandinavia is that whiteness often becomes an invisible norm. In addition, the emphasis on resemblance and likeness suggests that both kinship and belonging often relies on an idea of racial sameness.

In the new project, we are keen to speak to more queer parents about their understandings and choices of sperm and study these questions in more depth. How are these choices made and what are the outcomes? What does it mean for Swedish parents to use Danish sperm? How are ideas of family and national belonging reflected in the choices of donor sperm?

In public health clinics in Sweden, the donor is chosen by clinical staff, whereas in Denmark, intended parents often choose from sperm banks’ online menus. Among the queer parents interviewed in Stockholm, we noticed that white interviewees rarely discussed the implications of donated sperm and found the clinical staff helpful, whereas those who identified as non-white or of color often described their experiences in relation to living in a white-dominated society. For instance, the couple Shirin and Sanaaz explained that at the clinic, they were never asked about their Persian backgrounds or donor preferences. ‘We just got what we got’, Shirin said; ‘and that was white.’ Looking at their toddler, who is visibly lighter than his parents, the non-gestating parent Sanaaz, who described themselves as genderqueer and a migrant, explained the complicated effects of this: ‘In many ways, I am grateful that our son is light-skinned because this is a racist country, and he might pass as white.’ At the same time, Sanaaz explained that because their gender reads as young, they are often assumed to be a babysitter or nanny rather than a parent, which speaks both to ideas of kinship and to Sweden’s racialized division of labor where growing numbers of people of color work in care. Ana, who came to Sweden as a refugee in childhood, explained that, when her partner Roshan requested donor sperm that would ‘match’ their Middle Eastern heritage, the couple were indignantly told that ‘You don’t get to pick and choose like that’.

Overall, many interviewees of color in Stockholm shared stories of racial prejudice and lack of knowledge among medical staff at fertility clinics. In their view, the clinics either assumed that whiteness is a neutral category with no meaning or that whiteness (and white donors) is desirable. Often interviewees felt that sperm discussions resulted in the creation of ‘us’ (i.e. white Swedes who just accept the choice given) and ‘them’ (i.e. Swedes of color, who do not accept it). In this project, we want to talk to both Danes and people who go to Denmark about their experiences of race and racism in fertility clinic settings. Our impression is that queer people who want to become parents have very different experiences in the clinics, and we are interested in learning more about both positive and negative experiences in regard to their personal wishes for donor sperm.

Worries about raising children in a queer family

As Sanaaz’ story above indicated, to some queers, a child’s proximity to whiteness is understood as a protection against future discrimination. Anja, a white Danish lesbian mother, explained that: ‘As a lesbian family, we are already a bit strange, and people might frown upon us. So, we don’t need to be even stranger by choosing different sperm.’ Here, whiteness served as a tool for ‘blending in’ and preventing negative attention. To some mothers and clinics, children are perceived as already disadvantaged (by having queer parents); in order to prevent further disadvantage to the child, white donors are preferred. We propose that our examples illuminate anxiety related to race and queerness. Despite all the “progress” made by LGBTI+ movements, both parents and fertility clinics still worry about discrimination that children might experience due to a non-heterosexual family arrangement.

Regulation of assisted reproduction along the lines of ‘whiteness by default’ reflects and reproduces an idea of Scandinavia as white. This ignores the fact that the population of contemporary Scandinavia, including LGBTI+ people, is racially diverse.

The Scandinavian welfare states are often seen as progressive – especially in terms of welfare rights and benefits for same-sex couples and LGBTI+ individuals. With this new project, we want to examine how equal our states really are by focusing on how different donor choices and (sometimes limited) donor options play into queer reproduction. We also want to understand how fears of discrimination (both in terms of race, racism and queerness) might play into reproduction. While we have gained many rights as LGBTI+ people, we are unfortunately not all equal.

Endnote: All interviewees mentioned in the article are provided fictional names, in order to protect their anonymity.

Rikke Andreassen is a professor at the Department of Communication and Arts at Roskilde University, Denmark.

Ulrika Dahl is a professor at the Department of Gender Studies at Uppsala University, Sweden.

Are you an LGBTI+ person who has conceived with donor sperm (or is in the process of conceiving) and would like to share your thoughts on donor choices or your experiences of fertility treatments? Please get in touch. You can be anonymous, and the research project follows the Research guidelines for ethical research with sensitive personal data. Email us at: [email protected] or [email protected]